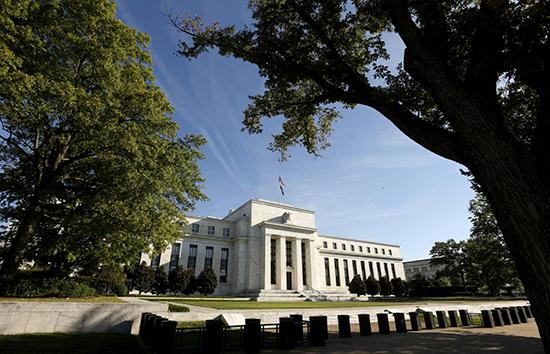 Fed chief Jerome Powell ‘let us down’, says Trump amid disappointment that rates were not cut harder

The US Federal Reserve has cut interest rates for the first time in more than a decade and signalled its readiness to provide more support as growth slows in the world’s largest economy.

The US central bank cut its key benchmark interest rate by a quarter of a percentage point, to a range of 2%-2.25%, in the first reduction in borrowing costs since immediately after the financial crisis a decade ago.

Jerome Powell, the Fed chairman, said weak global growth and the US-China trade war had been disruptive for the world economy and had an impact on growth in America, despite the US labour market remaining strong with the lowest unemployment rate since the late 1960s.

“We see those as threats to what is clearly a favourable outlook. And we see this action as designed to support them and keep that outlook favourable,” he said of the interest rate cut.

Donald Trump, who had called for a more aggressive cut in interest rates, issued a sharp rebuke to the Fed chairman when he said on Twitter: “As usual, Powell let us down.”

Stocks fell on Wall Street straight after the decision as investors warned the 0.25% cut might not be enough to deliver greater stimulus for US growth. The Dow Jones Industrial Average closed down 1.23% at 26,864.

The US president tweeted: “What the market wanted to hear from Jay Powell and the Federal Reserve was that this was the beginning of a lengthy and aggressive rate-cutting cycle which would keep pace with China, the European Union and other countries around the world.

“As usual, Powell let us down, but at least he is ending quantitative tightening, which shouldn’t have started in the first place – no inflation. We are winning anyway, but I am certainly not getting much help from the Federal Reserve!”

Nick Wall, from the fund manager Merian Global Investors, said: “[The cut] is a positive step but could be a missed opportunity. We believe they should have gone further and cut 50 basis points [half a percentage point] today.”

Borrowing costs in the US remain less than half the 5.25% level seen before the 2008 crash, when the Fed was last forced into cutting rates to support the economy.

US growth has slowed in recent months against a backdrop of tensions between Washington and Beijing, which has served as a brake on international trade, weighing on economic activity around the world. Economists had forecast a 25 basis point cut in borrowing costs to avert a greater slowdown.

In a statement after a two-day meeting, the Fed said it was taking action “in light of the implications of global developments for the economic outlook as well as muted inflation pressures”.

Trump has applied significant pressure on the central bank in recent months over its policymaking, demanding lower rates in order to stimulate economic growth. The US president had called the Fed an “anchor wrapped around our neck” and blamed rate rises last year for an unspectacular growth rate in the US.

The cut was in line with market expectations, but was likely to disappoint Trump for not going further, analysts said.

Growth has slowed in the US and elsewhere around the world as the White House engages in the trade standoff with Beijing. Business investment in the US and other countries has faded as firms put spending decisions on hold.

Gross domestic product, the broadest measure of economic health, rose at an annual rate of 2.1% in the second quarter, well below the 3.1% it achieved in the first three months of the year.

Leaving the door open to potential interest rate cuts in future, the Fed indicated it was ready to respond with more support for the US economy should the outlook deteriorate further.

“[The Fed] will continue to monitor the implications of incoming information for the economic outlook and will act as appropriate to sustain the expansion,” it said.

Two members of the rate-setting Federal Open Market Committee voted against cutting rates and argued to keep rates on hold.

Economists said that escalating trade tensions could push the Fed into further rate cuts later this year. US inflation has also remained stubbornly below the central bank’s 2% target, which could also encourage it to provide further stimulus as the economy slows.

James Knightley, chief international economist at the Dutch bank ING, said: “Should tensions escalate once again [between the US and China], if tariffs are hiked, markets sell-off and economic weakness spreads, then the Federal Reserve will respond with more stimulus given the benign inflation backdrop.”