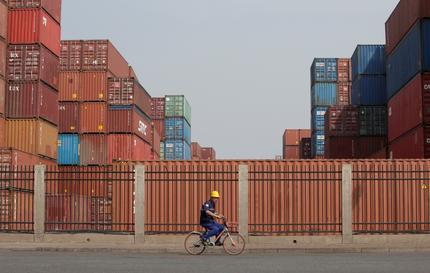 The exports-to-imports coverage ratio rose to 84.9% last month, up from 66.8% the previous June.

The figure was up 13.2% from the same quarter last year, said the TÜİK.

This April-June, 87.8% of the income- excluding GSM roaming and marina service expenditures- came from foreign visitors, while the rest was from citizens residing abroad.

The average expenditure of visitors in the three-month period stood at $625 per capita.

The country attracted 12.8 million visitors in April-June, up 15.3% year-on-year.