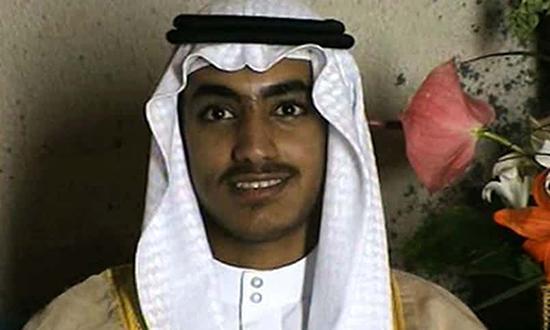 Osama bin Laden’s son, Hamza, who was trying to lead an al-Qaida resurgence, is believed dead, according to US reports.

NBC News reported the US had received intelligence that he had died, citing three American officials. The New York Times, quoting two unnamed officials, also reported Hamza bin Laden had been killed sometime over the past two years, and it had taken time to confirm the death.

The report said the US had a hand in the death of the al-Qaida heir, thought to have been aged about 30.

Hamza bin Laden had been seeking to stage attacks on western targets with the aim of restoring al-Qaida’s status at the vanguard of extreme jihadist groups, after many years of decline and eclipse by Islamic State. He was thought to have been based in Pakistan’s tribal areas, along the border with Afghanistan.

“They were clearly grooming him to be a next generation successor,” said Peter Bergen, an al-Qaida expert and director of international security programme at the New America foundation. “Ayman al-Zawahiri [al-Qaida’s official leader] hasn’t been a particularly effective leader. He’s got a sort of charisma deficit. And they were trying to put this guy forward.”

Although Hamza bin Laden had made public statements in recent years, Bergen raised questions over whether he was an operational leader. While al-Qaida affiliates have been active in Syria, Yemen and Africa, central al-Qaida, which was behind the 9/11 attacks, has not carried out significant operations.

“Had he really done anything? Had he overseen any operation of any significance? It is an interesting question,” Bergen said.

Donald Trump was asked by reporters on Wednesday if the US had intelligence that Hamza bin Laden was dead, to which the US president replied: “I don’t want to comment on that.”

Separately, the White House declined to comment on whether any announcement was imminent.

In his last known public statement, made through al-Qaida’s media outlet in March 2018, Hamza bin Laden had threatened Saudi Arabia and called on the people of the Arabian peninsula to revolt.

In March of this year, Saudi Arabia had revoked his citizenship after the US offered a $1m (£800,000) reward for help locating him as part of its “rewards for justice” programme.

Ten days before the Manchester bombing in 2017, Hamza’s voice was heard on an audio recording released by al-Qaida that called for its supporters to strike against “Jews” and “Crusaders”. However, investigators established no link between the attack in the UK and al-Qaida.

In May 2016, he urged fighters in Syria to unite and “liberate Palestine”, while he also warned Americans they would be targeted.

He also called for attacks against US, French and Israeli interests in 2015, as well as acts of terrorism in western capitals on behalf of al-Qaida, according to the UN security council.

Osama bin Laden was killed by US special forces who raided his compound in Pakistan in 2011. Hamza was thought to be under house arrest in Iran at the time, and documents recovered from the compound indicated that aides had been trying to reunite him with his father.

Hamza was at his father’s side in Afghanistan before the September 11 attacks on the US, and spent time with him in Pakistan after the US-led invasion of Afghanistan pushed much of al-Qaida’s senior leadership there, according to the Brookings Institution.

A notice on the UN security council website said: “Hamza bin Laden has been given a more prominent role within al-Qaida, and is considered to have the capability to follow through with his threats. Hamza’s popularity is increasing among followers of al-Qaida, and he has become the most probable successor of a new version of al-Qaida.

“Hamza seeks to grow al-Qaida’s network and use a new phase of terrorist attacks in major western cities to raise his profile and announce the return of al-Qaida with himself as a new leader.”