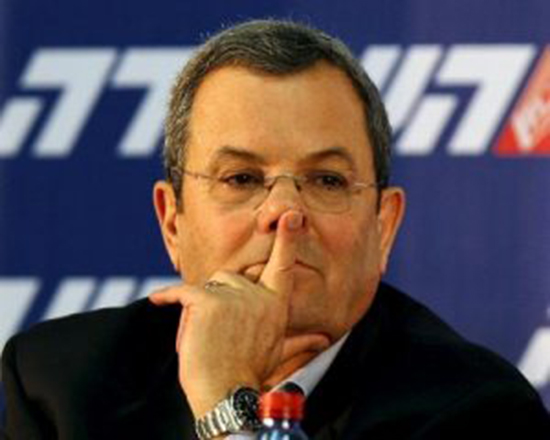 Opinion: What happens to Barak and company if Trump does indeed decide to help out his friend Netanyahu by rolling out the ‘deal of the century’ ahead of the September Knesset elections? What platform will they have then, when their sole raison d’etre seems to be getting the prime minister out of office?

At the event marking the launch of the Democratic Union, a merger of the leftist Meretz party with former prime minister Ehud Barak’s Israel Democratic Party, any left-wing sensibilities seem to have been firmly packed away.

The Meretz platform, calling for an end to occupation and a peaceful solution to the Israeli-Palestinian conflict, has apparently been put on the back burner in favor of Barak’s agenda, which can be summed up as a call to remove Prime Minister Benjamin Netanyahu from office.

But that spot has already been taken.

The speeches made at the festive event presenting the Democratic Union’s list of prospective Knesset candidates were practically identical to those made when the Blue and White Party launched just before the last round of elections in April.

The same pathos, the same fire and the same lack of real policy messaging appeared on both stages.

And now for the numbers.

Even without a stated ideology, the Blue and White party has proven itself a viable alternative to the ruling Likud Party, winning 35 Knesset seats in the April vote.

The newly formed Democratic Union has yet to prove itself.

Ehud Barak has failed in his efforts to lead a viable unified center-left bloc. Polling predicted his party alone would not cross the minimum threshold to enter the Knesset.

Polls since then have shown that number dropping, and at this point in time, they project no more than seven seats if elections were to be held today.

The decline in interest in the new party begs the question, what would the party stand for if Netanyahu were suddenly to announce his resignation.

What will it do if U.S. President Donald Trump, as reported, chooses to unveil his peace plan before Election Day?

This is not a mere hypothetical. Netanyahu is keen to redefine his election message and Trump may decide to accommodate him if it increases his chances of reelection.

The “deal of the century” could very well become the central issue of the upcoming elections, requiring all political parties to state their position.

Netanyahu will tell voters that he alone can handle Trump and protect Israeli interests.

What then would the Democratic Union’s position be? Their leaders muttered obligatory platitudes about “striving for peace,” but where will they “strive” to if the peace plan is divulged?

Will they reject Trump’s proposal as the right-wing parties and the Palestinian Authority are expected to do?

Will they accept the plan under certain conditions – as Netanyahu will likely say he does?

It does not appear that these possibilities have even been considered by a party that is hell-bent on removing the prime minister and nothing more.

This may be a temporary disappearance or maybe it will last for a long time. In its place there is only Netanyahu-bashing and an abundance of it.

The Democratic Union has no valid reason to exist separately from the Blue and White party, so all involved should put aside their personal animosities and show some political savvy instead.

And Barak can take comfort in being the currently absent left-wing faction of a centrist party.