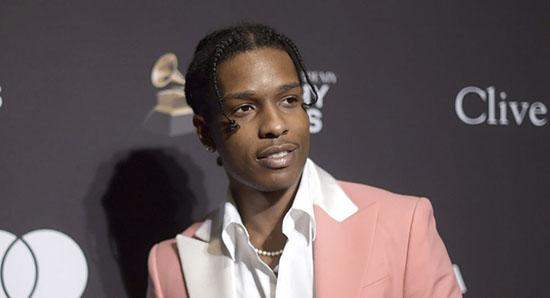 The prosecution alleged that the star rapper and his entourage had beaten and kicked 19-year-old Mustafa Jafari while he was on the ground and that he was hit with parts of or a whole bottle. If convicted, Rocky faces up to two years in jail and fines.

New, potentially damning, footage has been released by the prosecution in the trial against hip-hop artist A$AP Rocky and his entourage in Sweden, who are charged with assaulting a 19-year old local, Mustafa Jafari, the newspaper Dagens Nyheter reported.

In the video from hamburger chain Max’s surveillance cameras showed by prosecutor Daniel Suneson, A$AP’s bodyguard is seen doing a choke hold on the plaintiff. He grabs Jafari by the neck and proceeds to lift him backwards, the 19-year-old’s legs dangling in the air, to later drop him to the ground.

According to the prosecutor, this sequence was edited from the version uploaded by A$AP Rocky himself on Instagram before the trial. According to Suneson, it constitutes important evidence and entirely “disproves the use of emergency defence”, as previously claimed by the rapper’s entourage.

The prosecution also alleged that the three suspects beat and kicked Jafari while he was on the ground and that he was hit with parts of or a whole bottle.

​“The clips from the Stockholm evening, and then not just the edited Instagram clip published by A$AP Rocky, are the prosecutor’s strongest card to disprove that it was about emergency self-defence”, criminologist Fredrik Sjöshult commented in an opinion piece in Expressen.

While Rocky’s defence team have claimed that the plaintiff “exhibited threatening, aggressive and deeply provocative behaviour by refusing to accept that they are following someone who wants to be left alone”, a police investigation showed that Jafari didn’t know Rocky, and therefore ruled out any kind of celebrity stalking.

The plaintiff demanded SEK 139,700 (almost $15,000) in damages for the abuse he claims to have suffered at the hands of Rocky and his entourage, which includes assault, lost income and personal injury. During the first day of the trial, Jafari recounted that he had been through lot of pain, was sleeping poorly, felt scared inside, and that he could not continue working as a dishwasher.

Afghan-born Jafari arrived in Sweden in 2015 as a “unaccompanied minor”. He has since been convicted of abuse, two minor drug offences, and one case of shoplifting.

A$AP Rocky is charged with assault and is facing up to two years in prison and fines, following a street brawl with a group of immigrants. Both sides’ stories of the event completely contradict each other.

While Rocky (real name Rakim Mayers), claims that he and his comrades were stalked by “some drug addicts” and eventually provoked to engage in a street brawl. The plaintiff, by contrast, argued that it was he who was attacked and severely beaten up.

Rocky’s almost month-long detention before trial has prompted many angry responsesfrom fans as well as from several artists and other celebrities ranging from Kim Kardashian to fellow rappers. A petition to free the artist has gathered over 600,000 signatures.