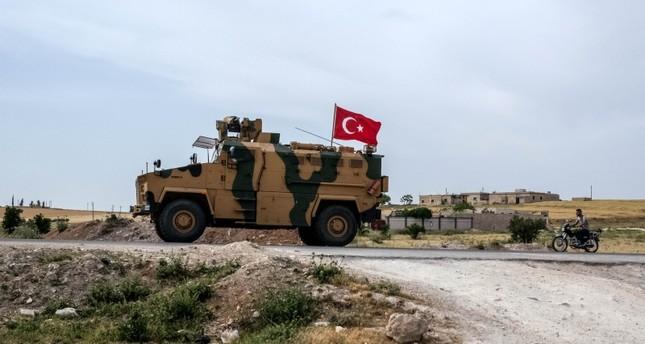 Ağar noted that a 40-kilometer-deep “peace corridor” would constitute a follow-up step to operations Euphrates Shield and Olive Branch.

Any “safe zone” to be established with the U.S. in northern Syria would only constitute a “temporary fix” for Turkey, according to a security expert.

Speaking exclusively to Yeni Şafak daily, terror and security expert Abdullah Ağar stressed the importance of the issues discussed by Turkey’s National Security Council by pointing that it lasted six hours, the longest in its history.

Ağar noted that a 40-kilometer-deep “peace corridor” would constitute a follow-up step to operations Euphrates Shield and Olive Branch which cleared Syria’s northern regions from terror elements of the Kurdistan Workers’ Party (PKK).

Following President Donald Trump’s announcement of a planned U.S. withdrawal from northern Syria, the two NATO allies agreed to create a zone inside Syria and along its northeastern border with Turkey that would be cleared of PKK/YPG terrorists.

However, Ağar warned that such a corridor should not be viewed as “permission to establish a terror state outside the safe zone,” noting that such an approach can never be on the table as the final goal for Ankara is to “disperse the PKK and seize the weapons the terror group has on-hand.”

“The U.S. is try to legitimize the terror groups that it used during its fight against Daesh,” said Ağar.

Turkey will continue to fight all terror groups with resolution and determination, the National Security Council said late Tuesday.

The council, chaired by Turkish President Recep Tayyip Erdoğan, also discussed developments in the East Mediterranean, the Russian S-400s and the F-35 fighter jets in the capital Ankara.

“Counter-terror operations, Claw and Claw 2, in northern Iraq will continue until terrorists are wiped off in the region,” the council said in a statement after its meeting at the Presidential Complex in Ankara.

The council said Turkey is committed to creating a “peace corridor” in Syria with all its strength.

The YPG was Washington’s main ally on the ground in Syria during the battle against Islamic State, but Turkey sees it as a terrorist organization, indistinguishable from Kurdistan Workers Party (PKK) militants waging an insurgency inside Turkey.

Ankara says that the United States has stalled progress on setting up the safe zone and has demanded that Washington sever its relations with the YPG.