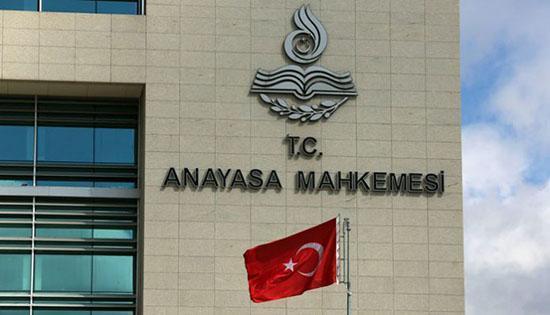 The Constitutional Court ruling on the so-called “Academics for Peace” does not mean it embraces opinions of the petition that the applicants signed, the top court said in a statement on July 30.

“The Constitutional Court has been aware of the concerns on statements and actions that would seriously escalate the state of security in the region where terrorist incidents that have led to casualties that required the declaration of state of emergency in most of the country for the last four decades,” said the court.

The court said, moreover, it also is aware that the declaration in question was “prepared in a particular perspective and a one-sided manner, contains exaggerated comments [and] includes hurtful and aggressive remarks about the security forces”.

“The comments indicating that the petition should benefit protection of freedom of expression in Article 26 of the Constitution does not mean that the Constitutional Court shares the same opinions or supports these opinions,” said the statement.

“The statement signed by the applicants was indeed unacceptable for the majority of society,” said the court, noting that it is not possible to agree with a declaration that “accuses the state, which has been struggling against terrorism, of ‘massacring’, ‘slaughtering’ and ‘torturing’ people.”

“It is clear that the opinions in the petition signed by the applicants were clearly different from the majority of the society. However, precisely for this reason, it is necessary to be more sensitive in terms of judicial response to such statements,” said the court.

“It should be foreseen that there can be severe criticism against the public power that carries out the operations, which led to the signing of the declaration, and should be tolerated more in terms of democratic pluralism,” said the court.

Given all this information, the court concluded that the applicants’ convictions did not correspond to a compulsory social need, said the statement.

A total of 1,128 academics signed an initial petition, which called for an end to the military operations in the southeast.

Following the increasing criticism of the signatory academics, a second campaign was launched, increasing the number of participants to 2,218.

On July 26, the top court ruled that the convictions of 10 academics on charges of “making propaganda for a terrorist organization” had violated their right to freedom of expression.

The verdict was given with a vote of eight–to-eight, a tie that left the initiative to Constitutional Court head Zühtü Arslan.

But the court drew reactions from some segments of society. A group of Turkish academicshas launched a campaign against the recent Constitutional Court ruling.

“The Constitutional Court has made a scandalous decision,” read the July 29 petition, accusing the top court of “disrespecting the memories of the martyrs and veteran soldiers” and “hurting consciences.”

“Statements that condemn the state for fighting against terrorism cannot be evaluated as freedom of speech in any country on earth,” it read, also criticizing their colleagues, some of whom were sentenced to prison for signing a January 2016 petition.