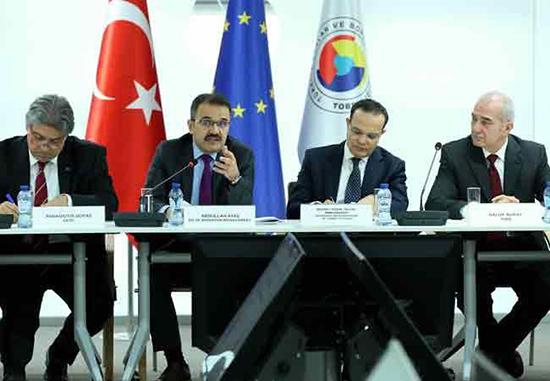 Turkey is not deporting Syrians but taking action against irregular migration, a senior Turkish official said on July 31.

“It’s not legally possible to take the decision to deport Syrians due to the current situation inSyria,” said Abdullah Ayaz, head of the migration department at the Interior Ministry.

Syria has been locked in a vicious civil war since early 2011, when the Bashar al-Assad regime cracked down on pro-democracy protests.

Since then, hundreds of thousands of people have been killed and more than 10 million others displaced, according to UN officials.

Ayaz clarified that the ongoing process of moving migrants from Istanbul has nothing to do with their deportation.

“There are Syrians living in Istanbul although they are registered in different cities,” he said.

“We expect them to return to the cities where they are registered,” he added.

He explained they were dispatching unregistered Syrians to the camps.

“Once their registration is completed, they will be dispatched to different cities.”

He added that registration is closed in Istanbul due to an existing large population of Syrian refugees in the megapolis.

Ayaz stressed that the ongoing action in Istanbul is not for Syrians but for irregular migrants.

“We took action against 12,000 irregular immigrants in the last 15 days. Among them were 4,700 Afghans and 3,000 Pakistanis while the rest were from different nationalities.”

Interior Minister Süleyman Soylu said in a statement on July 28 that deportation was out of question for Syrian people who are under temporary protection or have residence permit and for foreigners who are granted international protection status.