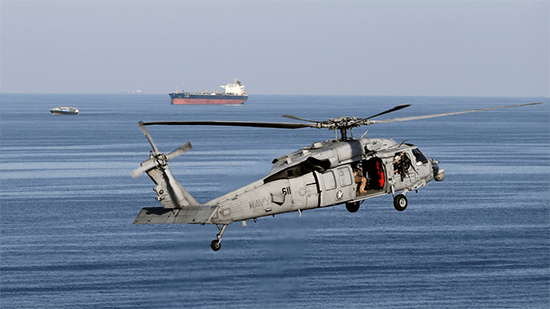 The US envoy to Germany has accused Berlin of skirting its responsibilities and duties as a long-time ally by not joining the US-led maritime mission in the Strait of Hormuz. Berlin says it wants to avoid escalation with Iran.

Ambassador Richard Grenell aired his frustration after German Foreign Minister Heiko Maas ruled out German participation in the initiative, which purportedly aims to combat “Iranian aggression” in the vital waterway.

“Germany is the biggest economic power in Europe. This success brings global responsibilities,” Grenell told the Augsburger Allgemeine newspaper. He hinted that Berlin is indebted to Washington, stating that “America has sacrificed a lot to help Germany remain part of the West.” He cited the high cost of stationing 34,000 US troops in the country as an example of Washington’s altruism.

Maas expressed concerns that the joint US, British, and French operation would be counterproductive.

“We have to avoid further escalation in the Strait of Hormuz,” the German foreign minister said on Wednesday. He stressed that there “cannot be a military solution” to the current crisis in the Persian Gulf.

Germany hasn’t completely ruled out participation in the mission, however. Defense Minister Annegret Kramp-Karrenbauer said that Germany was “reviewing” the request, suggesting Berlin could do a U-turn on the issue.

Grenell’s heavy-handed approach to his diplomatic duties has made him a controversial figure in Germany. His insistence that Berlin acquiesce to Washington’s dictates – on issues ranging from NATO spending to Russia’s Nord Stream 2 pipeline project – has sparked calls for him to be sent home. Wolfgang Kubicki, vice speaker of the German parliament, said in March that Grenell should be expelled from the country because he behaves “like an occupation commissioner.”