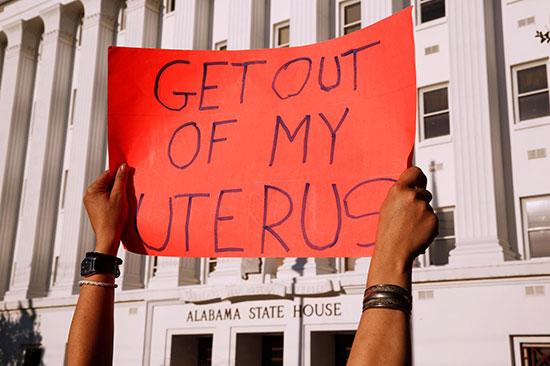 When ten candidates for the Democratic presidential nomination debated July 31, they fielded questions for nearly three hours on a range of issues, from immigration to healthcare reform, slavery reparations to dark psychic forces. But one subject was not raised: abortion.

The absence of any discussion of abortion during the debate was surprising – even to abortion advocates.

After the debate, Planned Parenthood – the largest abortion provider in the country, and a major financial backer of Democratic candidates – issued a series of tweets demanding that candidates address the issue.

“In nearly 3 hours, there was not one question on abortion access or reproductive health care—despite the fact that the Trump administration is actively trying to dismantle our nation’s program for affordable birth control with a gag rule,” one tweet said.

“As the American people decide their vote, they deserve to hear about the candidates’ visions for how they will protect and expand access to abortion,” said another.

Voters would appear to agree. In one June poll, a third of respondents rated abortion as either the “most important” or a “very important” issue for the election, with Democrats, more than Republicans or independents, the most likely to rate abortion as the “most” or a “very” important issue for 2020.

But, even as Planned Parenthood fulminates against the Trump administration’s abortion policies and the candidates found common ground by denouncing the president’s personal moral failings, offensive political tactics, and reportedly flexible relationship with the truth, the numbers suggest he might – at least on abortion – be more in tune with much of the Democratic base than they are.

Democratic candidates have lined up to affirm their total support for the full latitude of Roe v Wade, which permits, effectively, abortion at any time, for any reason. Even Joe Biden, who once held that Roe v Wade went “too far,” recently abandoned his decades-long support for the Hyde Amendment, and has indicated he would support federal legislation to entrench Roe.

The trend is in line with Democratic legislators, who have blocked repeated efforts in Congress to pass Born Alive Abortion Survivor bills – aimed at nothing more ambitious than precluding tacit infanticide – and passed sweeping abortion protections in states like Vermont, Illinois, and New York.

But underneath the absolutist direction of the party’s politicians, rank and file Democrats are far less uniform in their opinions. Earlier this year a Marist poll found that more than a third of Democrats (34%) say they are pro-life, up from one in five in January 2019.

Over the same period, the proportion of Democrats identifying as pro-choice dropped from 75 percent to 61 percent, with political independents split almost equally on the subject, with 46% saying they are pro-life and 48% pro-choice.

The poll also showed a 19 point jump in pro-life identification among people under 45, with 47% calling themselves pro-life, compared to 28% at the beginning of the year.

The numbers suggest that Democratic politicians and voters are traveling in opposite directions, but why?

While national party leaders have labeled the passage of so-called “Heartbeat Bills” in states like Georgia and Louisiana (led by state Democrats in the latter case) as extreme, the evidence shows that they have broad support, and that debate about pro-life initiatives seems to move more voters in a pro-life direction: An April Rasmussen poll found that 45% of voters supported a ban on abortion after six weeks of pregnancy, but that number jumped to 56% when respondents were told that a fetal heartbeat was detectable at that time.

None of this is to suggest that either the Democratic Party or the electorate at large is now in favor of making abortion illegal always and everywhere.

All polls routinely show that the vast majority of voters in both parties favor the availability of at least some legal abortion, with clear restrictions. Differences emerge on where and when those restrictions should apply but, as the debate over heartbeat bills has shown, that conversation is moving steadily in the pro-life direction.

The Trump administration, meanwhile, has taken action to strip Title X funding from agencies that refer women for abortions or co-locate with abortion clinics, and made clear commitments to both the Hyde Amendment and the Mexico City Policy. But the president’s own position is far from unequivocally pro-life.

In May, Trump insisted that he is “strongly pro-life, with the three exceptions – rape, incest and protecting the life of the mother.” He said that shortly after the passage of a pro-life law in Alabama which contained no exceptions for rape or incest, and was accused by some pro-life leaders of “dividing the movement.”

Planned Parenthood recently fired its president, Dr. Leana Wen, apparently because she was insufficiently strident in her prioritization of abortion as a first, second, and last consideration in the public debate about women’s healthcare.

The organization is clear that it wants to see all Democratic candidates make an unqualified pledge of support for unrestricted abortion; there is good reason to expect they will see results.

But at a time when abortion is acknowledged as a key political priority and battleground, pro-life identification is growing among younger voters, Democrats, and independents.

Planned Parenthood insists that voters “deserve to hear about the candidates’ visions for how they will protect and expand access to abortion” – but if that debate emerges, many voters could be surprised to find themselves closer to Trump’s position than to that of the eventual Democratic nominee.