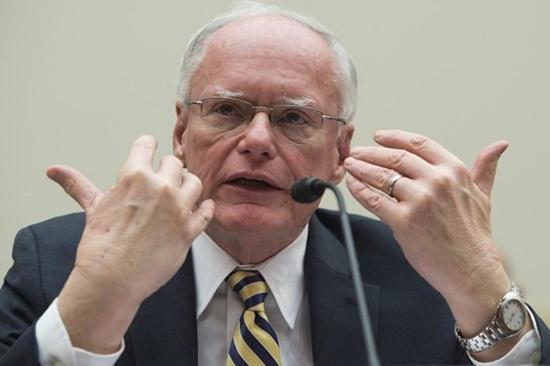 The United States’ special envoy for Syria told reporters on Thursday that a safe zone proposed in north east Syria to prevent a Turkish military operation in the region is stalling due to disagreements over the area the zone will cover.

U.S. Ambassador James Jeffrey has been in talks with Turkish officials on the safe zone for months without any tangible progress.

In July, Turkish forces began amassing on the border, and last Monday Turkish Defence Minister Hulusi Akar said his government was running out of patience with the talks with the United States in comments widely interpreted as meaning that a Turkish attack was imminent.

“The minister took a pretty tough decision, but we’ve continued talking at various levels including military to military”, Jeffrey said during a U.S. State Department press briefing on Thursday.

The main point of contention, Jeffrey said, was the dimensions the safe zone would take.

“The Turks want a deeper zone than the one that we think makes sense”, he said. “In our case it’s between five and 14 km with heavy weapons drawn further back”.

Turkey reportedly wishes for the safe zone to cut 30 km south of its border with Syria.

Ankara views the Kurdish-dominated autonomous administrations and militias that control the border region as extensions of the Kurdistan Workers’ Party (PKK), an outlawed group that has fought for Kurdish autonomy for decades and is listed as a terrorist organisation by both Turkey and the United States.

However, the Syrian Kurdish Peoples’ Protection Units and its multi-ethnic affiliate the Syrian Democratic Forces have played a crucial role in the international coalition against the Islamic State, and U.S. officials wish to find a solution that will protect their allies.

Jeffrey said Washington and Ankara also had “differences of opinion” over how the two sides would operate in the safe zone.

Turkey has demanded a leading role in patrolling the safe zone, a proposal that the Kurdish side would not accept. Instead, they want an international coalition to patrol the area.

Despite the lack of progress, Jeffrey still appeared to maintain hope that a safe zone could be successfully negotiated.

“We’re willing to work with them on this and we think it’s a deal that we can sell to the people of north east Syria – that’s very important”, he said.