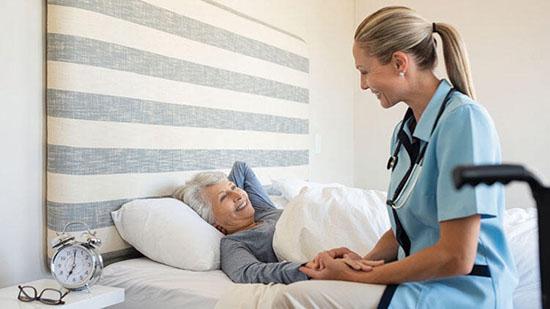 The Arbeiterwohlfarht (AWO), or Workers Welfare Institution, a service organization dedicated to promoting worker welfare in Germany, will hold job interviews with Turkish care workers in Istanbul starting this month to care for the country’s aging population.

The move came after Germany passed a law opening the doors for qualified elders careworkers from abroad. Despite the law taking effect Jan. 1, 2020, the AWO decided to take action earlier and announced that through a cooperation with a consultant company will start to conduct interviews with candidates starting this month.

A consultant working at the company PKS told daily Hürriyet that the candidates needed to have at least two years of experience and also be a graduate of a university.

“To recruit workers from Turkey to Germany, we are cooperating with Sağlık-Sen [the Trade Union of Health Sector Workers of Turkey]. Those to be hired will work [around] Oldenburg city,” said Gül Keskinler.

“Labor contracts will be signed with candidates to be hired. Then a German course free of charge will be provided in Istanbulö and Germany’s system will be explained. We have conducted our meetings with Germany’s Istanbul Consulate. They will provide convenience for the visa. Also during the time period that they [future employees] are given a [German] course, they will do an internship for two weeks in Oldenburg city,” Kesinler said.

Kesinler also said that German society is aging and the number of those requiring care is on the increase.

“To close the gap [for the needed health care personnel], it [Germany] needs to hire 260,000 people from abroad every year for the next 40 years,” she said.

Two executives from the AWO said that a labor contract of three years will be initially signed with the potential employees, although their wish is that the health care workers work in Germany for a longer period of time.

“Initially the salary will be 2,000-2,500 euros. Later, it will rise up to 3,000 euros. With overtime hours, the salary will increase. The annual leave will be 30-36 days, excluding the weekends. The job conditions will be in line with the previously signed collective contracts,” said Lars Bonk.