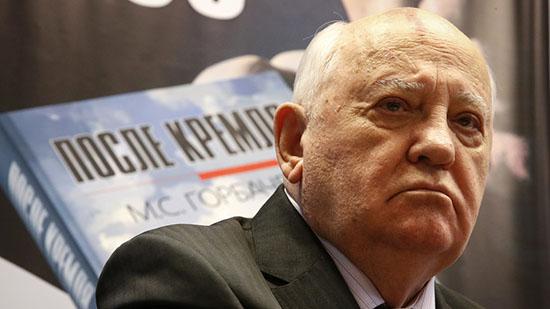 Former Soviet leader Mikhail Gorbachev has lamented the US withdrawal from the Intermediate-Range Nuclear Forces Treaty, which he once signed with US counterpart Ronald Reagan, saying it would undermine international security.

The first and only president of the Soviet Union, Mikhail Gorbachev, said that by pulling out of the 1987 treaty, the US is dealing a potentially crushing blow not only to European security, but to the entire international security system.

“The termination of the treaty will hardly be beneficial for the international community, this move undermines security not only in Europe, but in the whole world,” Gorbachev, 88, told Interfax on Friday.

He said he had hoped that Washington would reverse its course and revise the decision it made in February. It did not, and instead finalized the withdrawal on Friday, six months after it put its implementation on hold, while accusing Russia of having developed a missile in violation of its terms.

Moscow has flatly denied the allegations, and instead blamed Washington for not sticking to the agreement. Russia sees the deployment of American anti-missile defense systems to Europe, which can be easily repurposed to fire intermediate-range nuclear missiles, as a violation of the treaty.

“There still were some hopes pinned on our partners, that, unfortunately, did not materialize. I think, now we all can see that a blow has been dealt to strategic security,” Gorbachev said.

This US move will cause uncertainty and chaotic development of international politics.

Gorbachev has firsthand knowledge of the particulars of the treaty, having signed it in 1987 together with then-US-president Ronald Reagan. The agreement banned the development, production, or deployment of land-based and cruise missiles with ranges between 500km and 5,500km.

With the INF Treaty no longer there to underpin the post-Cold-War European security architecture, another important pillar of the nuclear non-proliferation system is hanging in the balance, with Washington now expected to end the New START treaty. The agreement signed in 2011 was aimed at curtailing the US’ and Russia’s vast nuclear arsenals by a third by capping the numbers of various weapons.

On Tuesday, US National Security Advisor John Bolton said that the treaty, which he called “flawed,” is unlikely to be extended after it expires in 2021, while Trump said that he wants to “make a deal” with Russia that would include “some kinds of arms control,” but failed to elaborate.

Gorbachev called on all parties to “focus on the preservation of the last pillar of the global strategic security,” the fate of which has been made “uncertain” by Washington’s statements.