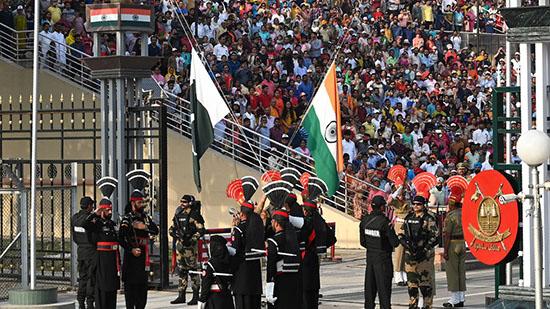 Shortly after Donald Trump offered himself as a mediator to fix the bitter Kashmir conflict, India’s foreign minister made it clear to Mike Pompeo that Pakistan is the only interlocutor New Delhi needs to talk to about the issue.

Speaking “in clear terms,” India’s top diplomat Subrahmanyam Jaishankar told Secretary of State Mike Pompeo that “any discussion on Kashmir, if at all warranted, will only be with Pakistan and only bilaterally.” The unambiguous remark came after both officials had a sit-down during an Association of Southeast Asian Nations (ASEAN) ministerial meeting in Bangkok, Thailand.

The statement by Jaishankar followed an offer by US President Donald Trump to intervene in the long-running spat between India and Pakistan. Speaking to reporters on Friday, he suggested that the two countries’ prime ministers, Narendra Modi and Imran Khan, “could get along very well.”

Trump believes a third-party mediation effort could be instrumental in solving the Kashmir conflict. “If I can, if they wanted me to, I would certainly intervene,” the American president said.

Last week, he issued a similar appeal, this time sitting alongside Khan, who was paying his first visit to Washington. In response, the Pakistani prime minister told Trump that he will have “the prayers [of] a billion people” in both countries if he is able to help resolve the smoldering conflict.

Khan later appeared on Fox News, saying Trump “certainly can play a big part” in the process. Peace in Kashmir is impossible without outside help, he argued. “Bilaterally, there will never be [an end to the Kashmir conflict],” he said.

While Pakistan seems eager to have the US on board, India is much less appreciative of the idea.

“It has been India’s consistent position that all outstanding issues with Pakistan are discussed only bilaterally. Any engagement with Pakistan would require an end to cross-border terrorism,” the Foreign Ministry said at the time.

Located in the Himalayas, Kashmir is divided between India and Pakistan but claimed by both countries in full. Both nuclear powers have repeatedly fought over the disputed territory, most recently in February this year when their fighter jets clashed after an Indian airstrike on what New Delhi said was a terrorist camp in the Pakistani-controlled area of Kashmir.