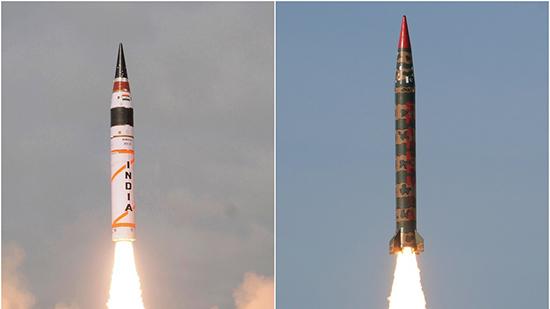 A landmark nuclear treaty is ending. Is Europe returning to the Cold War era? Germany is aiming to prevent an arms race and keep dialogue channels with Russia open, all while ensuring NATO’s unity. It’s not an easy task.

The United States on Friday is set to officially withdraw from the Intermediate-Range Nuclear Forces (INF) Treaty. Signed in 1987, the agreement required the US and the Soviet Union to completely eliminate ground-launched missiles ranging from 500 to 5,500 km (300-3,400 miles).

For the very first time, the two superpowers had agreed to eliminate an entire category of nuclear weapons. They also signed on to extensive on-site inspections to ensure that both sides were abiding by the treaty. Less than five years after the agreement was signed, 2,692 missiles had been destroyed.

This was especially important for Germany, which had witnessed massive demonstrations in the 1970s and ’80s against the deployment of nuclear missiles on its soil. But the resistance was ultimately unsuccessful: More than 100 Pershing II missiles were stationed in West Germany.

Blame game between Washington and Moscow

But ever since 2014, Washington and Moscow have again been at loggerheads, repeatedly accusing each other of violating the treaty. Russia’s 9M729 missiles have been a particularly sore point. Moscow claims their maximum range is below the 500 kilometers that the INF Treaty allows. Washington disagrees.

For the past six months, German and French diplomats have lobbied behind the scenes to save the INF Treaty, according to Fabrice Pothier, a senior consultant at the International Institute for Strategic Studies and former head of policy planning at NATO.

But to no avail.

Ulrich Kühn from the Institute for Peace Research and Security Policy at the University of Hamburg says the end of the INF Treaty is “very bad news for European security.”

“It means that we’re basically going back in history to the 1980s. We’re once again seeing Russian missiles pointing at Western Europe,” he told DW. “Perhaps in a year or two,” he added, Western missiles might be pointing towards Russia.

The developments have led to a growing concern among NATO member states, particularly those in Central and Eastern Europe, of a new arms race.

Kiesewetter in particular expressed opposition to bilateral military deals between Washington and its European partners, warning they would weaken NATO cohesion and play into the hands of Russia. “There definitely shouldn’t be a bilateral agreement between Poland and US, that could lead to additional nuclear weapons in Europe,” he said.

What can Germany do?

That is why former NATO official Pothier has called on France and Germany to continue their diplomatic efforts and foster dialogue with Russia. “They cannot stay passive because it’s affecting them,” he said.

Kiesewetter agreed that there is a need for “intensive trust building” and dialogue via the NATO-Russia Council. He also called on Russia to refrain from stationing medium-range missiles west of the Ural mountains.

But it’s unlikely that Western European states will get the Russians to agree to Kiesewetter’s suggestion, which is why arms control expert Kühn believes critical military infrastructure in Germany needs to be secured. That includes, for example, Ramstein Air Base, the port of Bremerhaven and other NATO transportation routes, he said.