One person is dead and five others injured when a natural gas pipeline ruptured in a residential community in rural Kentucky shortly after midnight on  Thursday, causing widespread damage in the area, according to officials.

“The pipeline was 76 centimeters (30-inch) in diameter and was shut off after the blast,” said Lincoln County Sheriff Curt Folger.

The rupture involved the Texas Eastern Transmission pipeline, according to authorities. It stretches more than 9,000 miles, connecting Texas and the U.S. Gulf Coast with states in the Northeast and Mid-Atlantic regions.

“We have isolated the affected line and are working closely with emergency responders to manage the situation,” said Calgary based company in a statement.

The effects of the explosion cut into the amount of gas flowing from the Marcellus and Utica shale in Pennsylvania, Ohio and West Virginia south toward the Gulf Coast on the Texas Eastern pipeline in parts of Kentucky. It dropped to zero on Thursday from an average of 1.7 billion cubic feet per day (bcfd) over the past week, according to financial data provider Refinitiv. This amounts to about 2% of the total natural gas produced in the United States, according to Reuters.

One billion cubic feet is enough to supply about five million U.S. homes for a day.

This is not the first incident this year including this company. Another explosion happened on Enbridge Inc’s Texas Eastern (TETCO) pipeline in Noble County in southeast Ohio in January, causing another drop in natural gas output in the Marcellus and Utica shale in Pennsylvania, Ohio and West Virginia. 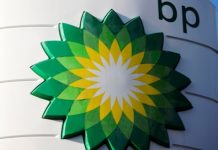 3 Rare Metals Every Investor Must Watch At This Critical Time