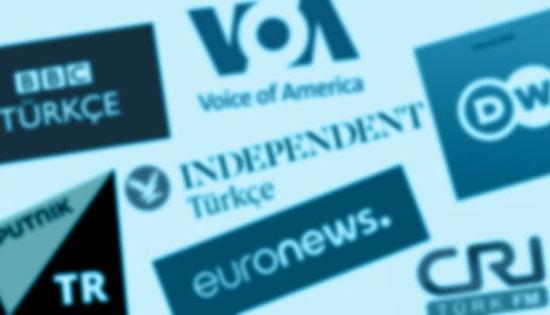 Turkish prosecutors have found no reason to investigate a controversial report compiled by a pro-government think tank examining foreign news networks and listing the personal details of their employees, Turkish media reports said on Thursday.

The Ankara Chief Public Prosecutor’s Office said the report suggesting that foreign media outlets and their journalists purposefully work against Turkey falls under the right to freedom of expression, according to a response the prosecutor’s office sent to the Media and Law Studies Association (MLSA), which had filed a petition demanding an inquiry into the report.

The report, which was released by the Foundation for Political Economic and Social Research (SETA) on July 5, was found unnerving by critics as it claims that the Turkish services of foreign media outlets purposefully reported against Turkish interests on a number of topics such as a coup attempt in 2016 and the Kurdish question. The report listing individuals working at the outlets covered by the report was seen as “blacklisting” and “targeting” by journalism associations. SETA’s report also encourages the public to contact authorities whenever they encounter “content directly targeting Turkey.”

Earlier in July the MLSA, a media freedom association, filed a petition at the Ankara Chief Public Prosecutor’s Office demanding that the authors of the report be punished for “inciting the public to hatred and hostility,” “open incitement to commit a crime” and “unlawfully recording personal data,” all crimes under the Turkish Penal Code.

In its response to the petition, the Ankara Chief Public Prosecutor’s Office’s Press Crimes Bureau said it found no evidence that the offenses listed in the petition had been committed, highlighting that the authors’ actions fell under the right to free expression.

Speaking about the decision, MLSA Co-Director Veysel Ok said: “It is ironic that this was seen as a freedom of expression right, given that the same prosecutors routinely prosecute journalists doing their jobs, accusing of them baseless terror-related offenses. It clearly shows that the prosecutor’s office believes that the right to freedom of expression can only be exercised by media outlets and organizations affiliated with the government. We will file an objection, and we will take this case to all available local and international legal bodies.”

The prosecutor’s office also noted that the report lacked expressions that incited people to resort to violence against the journalists listed in it. It argued that as the information about the individual journalists named in the report was collected from online resources, it also did not violate the ban on recording personal data.

The report was criticized for criminalizing journalistic activity. Its accusatory tone was likened to an “indictment” by some critics. Discussing the editorial policies of outlets such as BBC Turkish, Deutsche Welle Turkish, Voice of America (VOA) Turkish, Sputnik, EuroNews Turkey, China Radio International (CRI) Turkey and the Turkish version of The Independent, the report suggests that these outlets deliberately publish news and information critical of Turkey and includes the names and personal details of the journalists they employ.