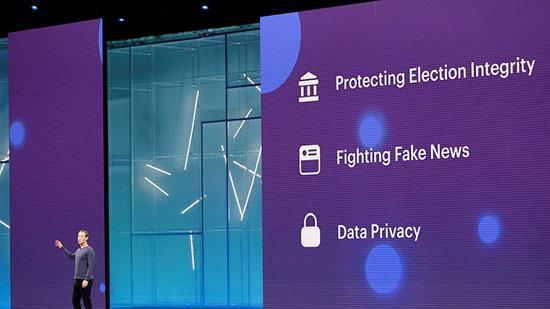 Facebook is hoarding the data of millions of users, vesting the firm with immense power over the discourse itself. A consultant on the Netflix film ‘The Great Hack’ told RT why this practice is not based on “legitimate interest.”

The social network came under immense pressure last year to reign in its data-storing practices following the revelation that Cambridge Analytica, a political consulting firm with a niche for data analysis, harvested information from millions of Facebook users for advertising purposes without their knowledge. Facebook was slapped with a $5 billion penalty in the wake of the scandal – the largest privacy fine in world history – and the controversy stoked debate over who really controls Big Data.

“With this data, we start to understand it goes beyond privacy, it’s really about power over people, and who should have that power,” Paul-Olivier Dehaye, a mathematician and data expert, told RT’s Rick Sanchez.

Dehaye was consulted as an expert source on a new documentary film, “The Great Hack,” which takes a closer look at Facebook’s data policies in the context of the Cambridge Analytica scandal.

“For a while, for maybe 10, 15, 20 years, we’ve decided that power was ok in corporate hands, but we start to realize that there are other interests at hand, democratic interests, control over the discourse,” Dehaye continued. “These are real questions now – who should have that power?”

Facebook doesn’t technically sell data, but rather “access to services built on top of the data,” Dehaye said, allowing third parties to reap the benefits of Big Data analysis without the immense infrastructure of a company like Facebook, however the cyber expert added the system has “holes” that can be “exploited,” much as the Cambridge Analytica case demonstrated.

There are all kinds of leaks and little holes through which you can get a really big peek into entire populations, and there will be people who try to exploit those holes.

Dehaye noted that much of Facebook’s policies are driven by a profit motive, which he says follows a simple equation: “the more people and the more data that they get, the more money they make” selling ad space, but he is not convinced that the platform is acting with meaningful consent from its users.

“It’s sort of a slippery slope – a race to the bottom among surveillance capitalist industries – to get us to give more and more data, and so the consent gets weakened … over time,” Dehaye said.