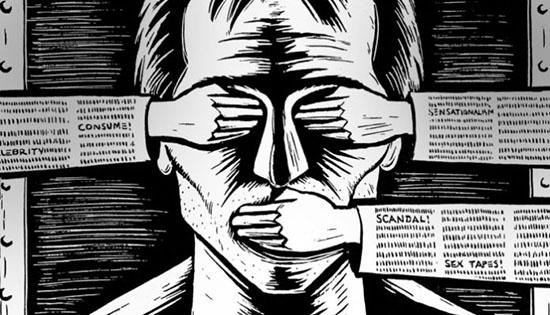 An investigation has been launched into a number of Turkish news websites including T24 and Diken for reporting on the tweets of a whistleblower known as Fuat Avni, T24 reported on Thursday.

The well-known Twitter user provided tips on corruption and unlawful government actions and was followed by nearly 3 million people.

The exact number of news websites facing investigation over Fuat Avni’s tweets was not clear due to a confidentiality decision imposed on the investigation.

The investigation was launched based on the 220th article of the Turkish Penal Code (TCK), which concerns deliberately aiding and abetting a terrorist organization despite not being a member of it.

Editors who worked for T24 between 2014 and 2016 were summoned to the İstanbul Police Department’s counterterrorism unit to give depositions.

T24’s editor-in-chief, Doğan Akın, accused Turkish judicial authorities of seeking to criminalize journalism, saying that no matter what happens T24 will do its best to do quality journalism.

Fuat Avni had a credible record of uncovering corruption and irregularities rampant among government officials. He claimed to be in the inner circle of President Recep Tayyip Erdoğan.

Turkey, where more than 150 journalists and media workers are currently jailed, was ranked 157th among 180 countries in the 2018 World Press Freedom Index released in April by Reporters Without Borders (RSF).