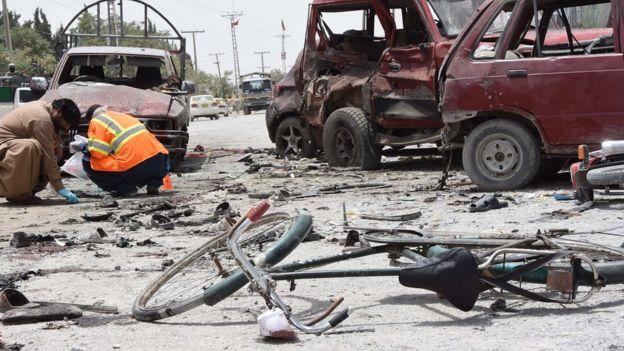 Behind the exchange of diplomatic pleasantries between Pakistani and the US officials, is an unfolding endgame in the battlefield of Afghanistan, something which once again has brought the US Special envoy Zalmay Khalilzad to Islamabad.

Both the Taliban and the US have confirmed that they are expected to conclude months of talks by inking a peace the deal to bring an end to the longest ever US war. However, before finalizing the peace deal, the US envoy is seeking Islamabad’s help.

Talks between the US and the Taliban recently revolved around a timeframe for the US troops’ withdrawal from Afghanistan and guarantees by the Taliban not to allow terrorist groups such as Al Qaeda to use Afghan soil.

Taliban negotiators have consistently refused to hold talks with the government in Kabul calling it a US puppet.

Last month Pakistan’s Prime Minister Imran Khan during his visit to Washington promised to use his country’s influence on Taliban negotiators to get them to agree to hold talks with the government in Kabul.

The Taliban has indicated that holding talks with representatives of the Afghan government in their unofficial capacity is only possible once the US has signed an initial peace deal.