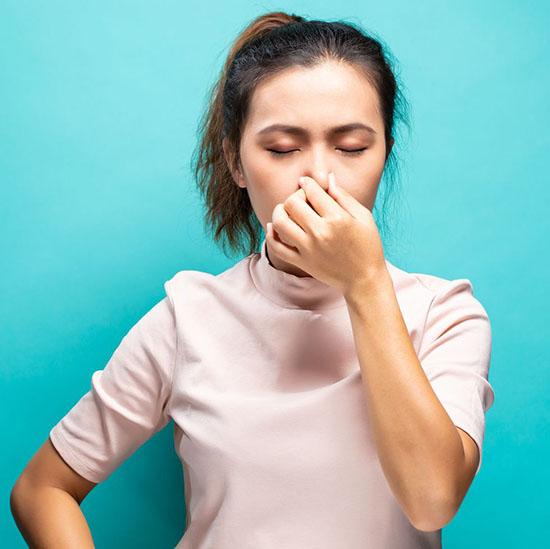 When you get ill, you will probably know that it’s usually something to do with bacteria or a virus and infection. But what most people don’t realise is that a viral infection differs from a bacterial one and so the treatment varies too.

So, what is the difference between viral and bacteria infections, how are they spread and how should you treat each type of infection to ensure the speediest recovery? We have the answers:

Viruses are too small to be seen by the naked eye. They can’t multiply on their own, so they have to invade a ‘host’ cell and take over its machinery in order to be able to make more virus particles.

Viruses consist of genetic materials (DNA or RNA) surrounded by a protective coat of protein. They are capable of latching onto cells and getting inside them. The cells of the mucous membranes, such as those lining the respiratory passages that we breathe through, are particularly open to virus attacks because they are not covered by protective skin.

What are bacterial infections?

Bacteria are organisms made up of just one cell. They are capable of multiplying by themselves, as they have the power to divide. Their shapes vary, and doctors use these characteristics to separate them into groups.

Bacteria are capable of multiplying by themselves, as they have the power to divide.

Bacteria exist everywhere, inside and on our bodies. Most of them are completely harmless and some of them are very useful.

But some bacteria can cause diseases, either because they end up in the wrong place in the body or simply because they are ‘designed’ to invade us.

How are infections spread?

Viral and bacterial infections are both spread in basically the same ways. A person with a cold can spread the infection by coughing and/or sneezing. Bacteria or viruses can be passed on by touching or shaking hands with another person.

Bacteria or viruses can be passed on by touching or shaking hands with another person.

Touching food with dirty hands will also allow viruses or bacteria from the intestine to spread.

Body fluids, such as blood, saliva and semen, can contain the infecting organisms and transmission of such fluids, for example by injection or sexual contact, is important, particularly for viral infections like hepatitis or AIDS.

How to avoid infection

To prevent the spread of infection from both viral and bacterial infection, try the following tips:

How are bacterial infections treated?

Bacterial infections are usually treated with a special antibiotic, which only kills the bacterium that has caused the disease.

To make sure that you get the right treatment, your doctor may take a sample, for example a swab from the throat or a urine sample.

How are viral infections treated?

Viruses can’t multiply until they are inside the body’s cells. This is the reason why the treatment of virus infections is usually left up to the patient’s own immune system, although it may be hard to accept when the doctor says the only cure is for ‘nature to take its course’.

The treatment of virus infections, such as influenza, will usually involve the following:

✔️ Staying at home. People who go to work or school in this condition not only risk spreading the virus to their colleagues but also run a higher risk of catching a bacterial infection.

✔️ Taking a painkiller, such as paracetamol (eg Panadol) or ibuprofen (eg Nurofen), to bring your temperature down.

✔️ With vaccines which have been developed against most viral diseases. The vaccine gives the body some help in quickly and effectively fighting the virus.

An increasing number of antiviral remedies are being developed that prevent the virus multiplying and cause the illness to run its course more quickly. Unfortunately, these remedies can still only be used on very few viruses and are of limited effectiveness.

⚠️ Antibiotics have no effect upon viral infections such as colds and flu, and it’s important that we limit antibiotic use only to bacterial infections that won’t get better on their own. Over-use of antibiotics reduces their effectiveness by encouraging the growth of antibiotic-resistant bacteria, which is a serious and increasing problem globally.