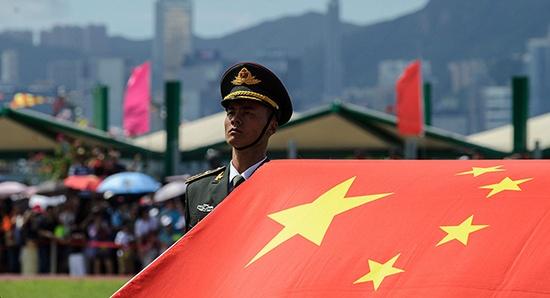 If bookies took wagers on nuclear weapons, the odds would be very high that in eighteen months all legal controls on nuclear arsenals will have ended. That’s because the smart money says that Washington and Moscow will not extend the New Strategic Arms Reduction Treaty (New START) before it expires in February 2021. This means that the United States and Russia, like China and the six other nuclear-armed countries, will be free to build and deploy as many of these weapons as they want.

U.S. President Donald Trump’s administration—perhaps against the odds—says its top priority is to establish a new “twenty-first-century model of arms control” that would include China, as well as Russia and the United States. But Beijing declined an invitation to discuss these issues with U.S. and Russian diplomats in Geneva in July 2019. (The U.S.-Russian talks ended with no report of progress).

To learn why, I called a highly regarded nuclear expert in Beijing. Though no one outside the Chinese leadership circle knows what the main considerations are, this expert is generally well informed. In the end, I was surprised by where he took the conversation.

He began by saying, “the idea of including China in the New START treaty, as U.S. officials are suggesting, seems strange for many reasons.”

What are the most important reasons, I asked.

He replied, “New START limits the number of long-range missiles, bombers, and warheads that the United States and Russia may deploy. Each country is allowed no more than 1,550 deployed weapons that could be launched from very long distances.”

“But,” he continued, “China does not deploy nuclear warheads on its land missiles in peacetime—and, in any case, the country has only around one hundred of these systems that could be used in wartime. It has only something like twenty bombers that would count as twenty nuclear weapons. It is said to have forty-eight nuclear weapons that can be launched on missiles from submarines. So there is no comparison, either in deployments or in the numbers.”

But, I said, General Robert P. Ashley, who leads the U.S. Defense Intelligence Agency (DIA), recently said that “over the next decade, China is likely to at least double the size of its nuclear stockpile,” which Ashley estimates is “in the low couple of hundreds.”

“Right,” my contact in Beijing said. “I don’t know how many weapons China might have in ten years. I do know that the DIA’s projections of future production have always been much higher than what China actually has produced, and that China in peacetime does not deploy warheads on launchers. But even if China doubled its arsenal to 600 weapons and deployed them, that would still be thousands less than the United States and Russia each have. What’s more, beyond the weapons counted under New START, Russia has thousands of tactical nuclear weapons, and Moscow and Washington keep thousands in reserve.”

I thanked him for mentioning tactical nuclear weapons—bombs and warheads meant for shorter-range use to try to keep nuclear war contained in ways that massive, long-range attacks on capitals would not. (There are no limits anywhere on weapons of this range, and the United States and its NATO allies want future arms control to curb them.)

“Yes,” he replied, “but China does not have any tactical nuclear weapons. So what would they want from China?”

China does have many hundreds of land-based ballistic missiles with ranges between 500 and 5,500 kilometers—so-called medium- and intermediate-range missiles—but less than 100 of them are nuclear-capable. All of the U.S. and Russian missiles of this type were nuclear-armed, and they were eliminated under the now-dead 1987 Intermediate-Range Nuclear Forces (INF) Treaty. U.S. and Russian officials now want China to reduce or at least limit its holdings of such missiles.

“Obviously, I cannot speak for the Chinese government,” he continued, “but I think they should join discussions with the United States and Russia. That way, China could ask those countries whether they would be willing to reduce their total number of nuclear weapons to the 600 figure that the DIA says China might have in ten years. In return, China could agree not to build up to that number. What would the United States and Russia say?”

I said that he knows that Moscow and Washington would not even seriously consider that. The U.S. Senate would not ratify such an agreement, even if a Republican president like Trump negotiated it. Meanwhile, Russia is now building at least five and Russian President Vladimir Putin regularly invokes nuclear weapons as a measure of the country’s great power status.

What Incentive Can the United States Offer China?

My interlocutor laughed. “Okay, then what does the United States really have in mind? And what are they going to offer China to make our leaders think they would get any benefit?”

I had nothing. I have scoured press reports and talked with administration officials and other knowledgeable sources in Washington. None have even hinted that the president, National Security Adviser John Bolton, or anyone else in the government has conceptualized—let alone agreed on—what China could be offered in return for what the United States wants.

“Right,” my contact said. “That is one of the reasons I think China should join talks with the United States and Russia. I don’t think our leaders will do this: they worry that if China agrees on one issue, the United States will then just keep making more demands. But I think they are missing an opportunity. We could show the world where the real nuclear problems are and who holds the keys to solving them.”