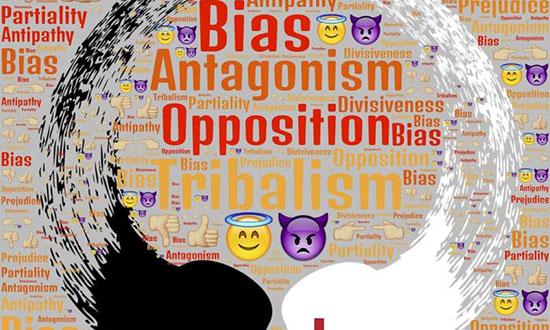 The concept of implicit bias has made its way into the general consciousness, most often in the context of racial bias. More broadly, however, implicit biases can affect how people think of anything—from their thoughts about cookies to those about white men.

“All the little ways in which our everyday thinking about social stuff is unconscious or uncontrollable,” wrote Calvin Lai, assistant professor of psychology in Arts & Sciences at Washington University in St. Louis, in an article in DCist. “The stuff that we don’t realize is influencing us when we make decisions.”

Along with a broader cultural awareness of implicit bias is idea that the actions that they influence can be changed by eliminating the bias itself.

Change the bias, changes in the behavior will follow. It seems logical enough.

If true, reducing implicit bias could be put to practical use for anything from ending discrimination (removing a bias in favor of white males) to losing weight (dialing down a cookie bias).

In a meta-analysis of research papers published on the subject of implicit bias, however, Lai found that the evidence does not show this kind of causal relationship.

The research is published in the Journal of Personality and Social Psychology.

Lai worked with Patrick Forscher, of the University of Arkansas, to systematically review 492 studies that dealt with changing people’s “automatic mental processes,” the uncontrollable, unconscious mental processes that have come to be known in particular contexts as “implicit bias.”

The studies contained more than 87,000 participants. After crunching the numbers, Lai and Forscher saw that studies suggest biases can, in fact, be changed—although not dramatically.

When they homed in, looking at 63 studies that explicitly considered a link between changes in bias and changes in actions, however, they found no evidence of a causal relationship.

“We definitely didn’t expect this,” Lai said. “And it challenges assumptions about the relationship between implicit bias and behavior.”

Lai suggested four possible reasons that a link was not established in the meta-analysis:

This last option doesn’t sit well with Lai. “It would open a theoretical can of worms because there are decades of experiments in other lines of research showing evaluation without conscious intention or control,” he said.

However, Lai said there is a more effective way to change these behaviors; one that doesn’t rely on changing people’s implicit biases: ridding society of the features that cause people to act in a biased way.

For example, reducing subjectivity makes it more difficult for a person’s biases to affect decision-making. Instead of relying on a “gut feeling” for a hiring decision, for example, lay out the requirements first, and stick to them.

Or, in the cookie realm, don’t have any on hand—not at home or at the office—and don’t drive past the bakery on the way home.

On an individual level, Lai said, “Equip people with strategies to resist the environment’s biasing influence.

“The power of counterstereotypes is not to be underestimated,” Lai wrote in a paper describing possible ways to counteract implicit biases. “And if counterstereotypical encounters become typical, shift in attitudes and beliefs will follow.”

Lai points out that this study was heavily constrained by the available literature. The studies they included focused on brief interventions and assessments and was heavily skewed toward a certain demographic: university students.

“At this time, we can’t distinguish between these potential explanations for the results,” Lai said. “Carefully controlled studies need to be conducted to rule out—or rule in—these explanations.”

Scientists race to study variants in India as cases explode