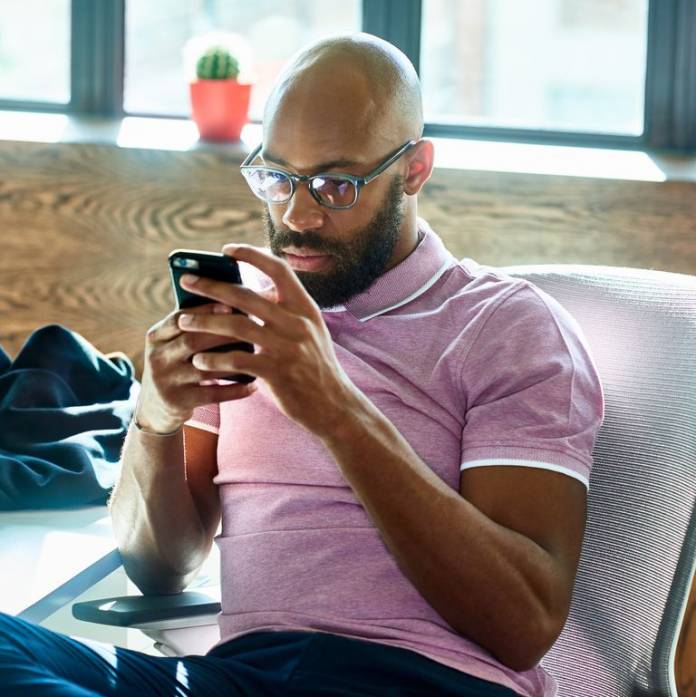 If you can’t leave the room without picking up your smartphone you might have phone separation anxiety, also known as nomophobia.

While there are numerous advantages that come with the advent of smartphones – faster web surfing, increased connectivity and instant sharing to name just a few – society’s newfound reliance on smartphones does have a sinister side too, and it comes in the form of phone separation anxiety.

We speak to David Brudö, co-founder and CEO at mental wellbeing and personal development app Remente, for more about this modern-day digital epidemic:

What is phone separation anxiety?

Phone separation anxiety (PSA), or nomophobia (shortened from no mobile), is the fear of being separated from your mobile phone, and the anxiety caused by not having it to hand or being able to answer or charge it straight away.

Phone separation anxiety is the fear of being separated from your mobile phone.

‘Some of the most typical symptoms of PSA include compulsively checking your phone for messages or alerts and imagining that it is ringing or vibrating when in fact it isn’t,’ explains Brudö. ‘Another symptom is using your phone at inappropriate times or in inappropriate places, such as the shower, bathroom or in the middle of an important meeting or dinner.

Anyone who has a smartphone has the potential to develop PSA. Around 66 per cent of UK adults own one, up massively from 39 per cent in 2012. The people most likely to have a smartphone are those aged between 16 and 24 years old, 90 per cent of whom use one.

Anyone who has a smartphone has the potential to develop PSA.

‘A study by Flurry, who looked at over 500,000 apps across 1.3 billion mobile devices, found that the number of mobile addicts has increased by a massive 123 per cent in the last year alone, which in turns means that cases of PSA are increasing and more and more people are being affected,’ says Brudö. ‘A UK study by SecurEnvoy found that women are more likely to suffer from nomophobia than men, and 18-24 and 25-34 age brackets to suffer most.’

PSA can take its toll on both your mental wellbeing and social life, impacting on relationships and impairing your ability to communicate with others in the real world. Brudö outlines the following negative effects PSA can have on your life:

The number of alerts on your phone can increase stress levels, as the constant sounds and vibrations from your smartphone can leave you feeling on edge, preventing you from concentrating properly on other tasks and leaving you feeling stressed.

A study conducted at the University of Gothenburg in Sweden found that excessive usage of the mobile phone can cause sleep disturbances, increased stress levels and even depression in both men and women and especially young adults.

On a day-to-day basis, those with PSA will find that they suffer socially, and potentially even physically.

Sometimes your phone usage has a negative impact on your conversations and relationships. A report by the University of Essex showed that our phones could harm our close relationships – for example, if two people are talking face-to-face and one of them is constantly checking their phone, it can cause strong negative feelings from the one trying to communicate, especially if they are trying to convey something important.

Excessively touching and looking at your mobile phone can actually weaken your immune system due to the amount of bacteria on your phone and cause eye problems, as you strain your vision to see the smaller screen.

The most obvious signs of PSA are when you feel that you must bring your phone with you everywhere you go and that you have to keep checking it.

‘If you feel that you are losing control, ask yourself questions like: if you don’t have the phone with you do you feel unconformable and annoyed? If you are out of battery or data, would that scare you? If you feel you are checking your phone even more frequently, it is a good idea to try a phone detox,’ says Brudö.

The most obvious signs of PSA are when you feel that you must bring your phone with you everywhere.

If you think you have PSA, make a conscious effort to try and cut back on your phone usage, and don’t check it unless you actually have to use it.

How to treat phone separation anxiety

PSA can be cured and most of the time it can be done easily, quickly and by yourself – or with the help of friends and family.

PSA can be cured and most of the time it can be done easily, quickly and by yourself.

‘Once you acknowledge the fact that you have it,’ says Brudö. ‘Simply switching off your notifications or switching off your phone for short periods of time can help with feelings of anxiety and stress. If you consistently practice these habits, you will find that being away from your phone will become easier and easier.’

You don’t have to worry about embracing technology and adapting to the developments on the modern world we live in. However, it is important that in the process of adapting you don’t end up suffering, losing your sense of self or becoming totally reliant on a technological device.

Consumer confidence index down in February

Iron in brain shows cognitive decline in people with Parkinson’s