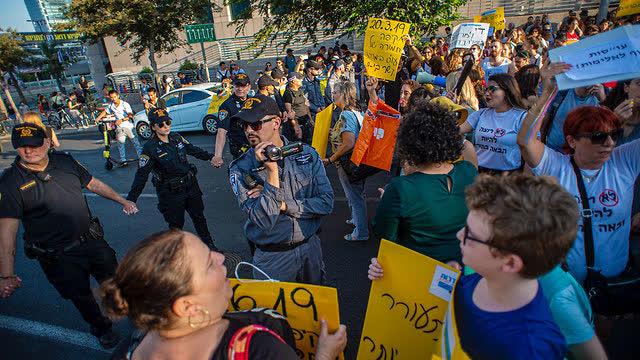 Opinion: A growing number of the public believe that the state should not take responsibility for any social welfare and leave everyone to their own device; together with a false sense of action and virtual protests on social media – this is the real existential threat to the State of Israel

In their 1979 film Life of Brian, British comedy icons Monty Python depicted the Jewish tendency – now an Israeli trademark – to insist on being right. In the film, it was the members of The People’s Front of Judea who hated their brethren in the Judean People’s Front more than they hated the Romans – and both factions had a deathly loathing of the Popular Front of Judea (all one of him).

Sadly, today in Israel there are more and more people who hate their own brothers more than their enemies.

In this election cycle, just as in the ones before it, candidates are making sure to talk about security. Security is important, but security is not necessarily just weapons and military force.

Security is the ability of a society to survive over time, and if we keep talking about security solely in the military sense and vote so in the ballot box, the State of Israel will not survive – it will crumble due to internal wars and hatred.

A society is not measured by its strongest link, but by its weakest. A soccer team could have two of the world’s greatest goal scorers – and they might even score plenty of goals – but if the other players are weak, the team will lose consistently.

Since the 90s, Israeli society has been undergoing an accelerated process of privatization and neglect of social services such as education, health and welfare. There is a clear correlation between the deaths of toddler Yasmin Vineta at her daycare center, young disabled care home resident Efraim Ben Baruch and an anonymous elderly man at a nursing home in Or Yehuda.

The Israeli media has produced countless stories in recent years about the education, health and welfare systems and about the treatment of victims of sexual and physical violence. But nothing changes.

Israel is gradually turning into hell for those who cannot protect themselves – young children, senior citizens, people with special needs in care centers – while simultaneously turning into heaven for sadists and sex offenders.

As the number of atrocities grows, the amount of investment in and public discourse on the things that really matter diminish. Parents of helpless children and children of helpless seniors do not take to the streets or block roads. They make do with angry complaints on social media and go on with their day.

Election cycle after election cycle, everyone talks about security or silly gossip or poor political spin. Almost nobody talks about compassion, solidarity and caring for the weak.

There is a growing number of the public who believe that the state should not take responsibility for any social welfare and leave everyone to their own devices. Together with a false sense of action and virtual protests on social media – this is the real existential threat to the State of Israel.

It is important to be strong and prepared. We need to stop talking about security and start worrying about health, welfare and education before it’s too late.