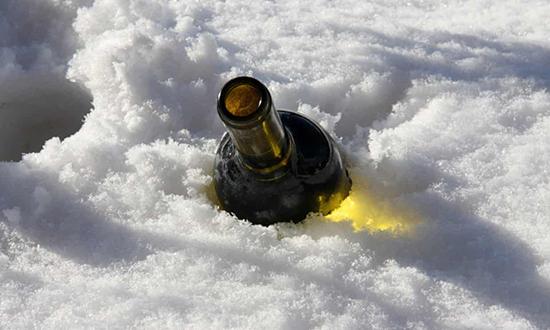 Almost 11% of adults aged 65 and older reported binge drinking – having more than five drinks for men and four for women – at least once in the past month, in a nationally representative survey of 10,927 people in 2015-2017.

Binge drinking was more common among men, smokers, drug users and people with chronic health problems or mental illness, researchers report in the Journal of the American Geriatrics Society.

Older adults are uniquely vulnerable to the health effects of binge drinking, because excessive alcohol consumption can have dangerous interactions with medications and worsen symptoms of health problems like heart disease, diabetes, and high blood pressure, said Dr. Benjamin Han, an assistant professor of geriatric medicine and palliative care at New York University School of Medicine and lead author of the study.

“Due to physiological changes related to aging, older adults will have a higher blood alcohol level for a given amount of alcohol intake and an increased sensitivity to alcohol,” Han said by email.

“Furthermore, older adults tend to have more chronic medical conditions and take more prescribed medications than younger adults, and excess alcohol can worsen those conditions and interact with a wide range of medications,” Han added.

“The result is that older adults are much more vulnerable to the health harms of binge drinking including injury such as falls compared to younger people.”

Alcohol use and problem drinking are on the rise among older adults, the study team notes. From 2001 to 2013, the proportion of seniors engaged in high-risk drinking surged 65% and the proportion with alcohol use disorder more than doubled.

Most seniors in the study, 57%, said they hadn’t had any alcohol at all in the past month. Another 33% said they had used alcohol but reported no binge drinking.

One-third of binge drinkers had at least a college degree; nearly 90% had graduated high school.

Smokers and cannabis users were 52% and 41%, respectively, more apt to binge drink than their counterparts who didn’t smoke or use cannabis.

The study wasn’t designed to determine what might cause binge drinking, and it also didn’t assess health outcomes associated with excessive alcohol use.

It may be that some lifelong drinkers are surviving to older ages than they might have in the past, boosting the proportion of seniors who appear to be problem drinkers, said Dr. Gregory Marcus, a cardiologist and professor of medicine at the University of California, San Francisco, who wasn’t involved in the study.

“The behaviors of the group considered to be ‘older adults’ are dynamic because the individuals comprising that group are of course constantly changing,” Marcus said by email. “It is just as likely that individuals more prone to binge-drinking have reached this older age rather than drinking patterns suddenly changing among individuals when they hit 65.”