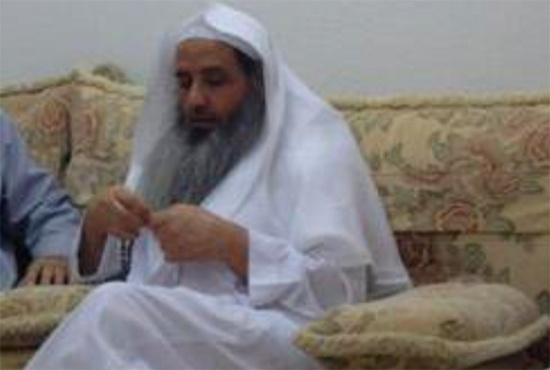 Dhamiri suffered from heart failure and needed a new heart pump, according to a Saudi source in touch with the family.

A Saudi political prisoner has died after authorities refused to provide him with a new mechanical pump for his heart last week, a Saudi source in touch with the family told Middle East Eye.

Saleh Abdelaziz el-Dhamiri, 60, died on Friday at the Tarafeyya prison north of the capital Riyadh, according to the source. He was buried on Saturday at his home town of Sakaka in northwestern Saudi Arabia.

Dhamiri had been held in solitary confinement for four years over his work in support of families of political prisoners, according to the Berlin-based Saudi activist and former political prisoner Sami al-Shadukhi.

Last week, Dhamiri was in urgent need to change his left ventricular assist device, an artificial heart pump, but his request was not met by prison officials, leading to his death, according to Shadukhi.

Middle East Eye could not independently verify allegations of medical negligence against Dhamiri due to restrictions on independent media coverage of human rights violations in the kingdom under the current government.  Saudi Arabia had not responded to MEE’s request for comment at the time of publication.

Prior to his arrest, Dhamiri was a fundraiser for families of detainees and  an official liaison between them and the government, Shadukhi told MEE. He was a supporter of the Saudi opposition and an opponent of Crown Prince Mohammad bin Salman’s de facto rule, he added.

“I was a political prisoner, and I know how authorities use medical negligence as a tool against detainees,” he said.

In January, another Saudi cleric, Ahmed al-Emari, died at a Saudi prison due to torture and ill-treatment.

In March, leaked medical reports revealed that a number of prominent Saudi political prisoners have suffered wounds and burns from torture and malnutrition.

Middle East Eye has previously reported that several high-profile prisoners held during the anti-corruption purge in 2017 – including Prince Miteb bin Abdullah and five other princes, and businessman Amr al-Dabbagh – were tortured while in custody.