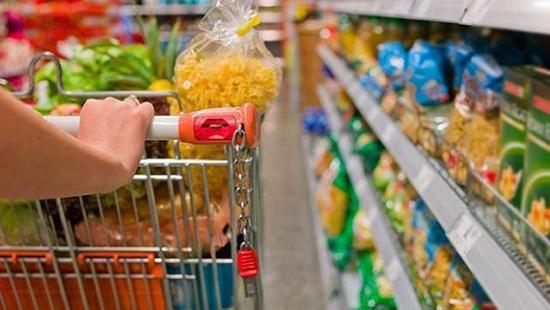 The annual inflation in July rose by 0.93 percentage points from 15.72 percent previous month.

The highest price increase on a yearly basis was seen in miscellaneous goods and services with 26.93 percent in July.

“Furnishing and household equipment with 25.41 percent, hotels, cafes and restaurants with 19.85 percent, alcoholic beverages and tobacco with 19.23 percent and food and non-alcoholic beverages with 18.21 percent were the other main groups where high annual increases were realized,” TÜİK said.

An Anadolu Agency survey showed last week that a group of 12 economists forecast an average annual climb of 16.7 percent in consumer prices.

According to economists’ average year-end estimates, annual inflation would be 14.8 percent – with the lowest estimate at 13.3 percent, and the highest at 17.2 percent.

Over the past five years, annual inflation saw its lowest level in April 2016, with 6.57 percent, and its highest level last October with 25.24 percent.

As laid out in Turkey’s new economic program announced by the government last September, the country’s inflation rate target is 15.9 percent this year, 9.8 percent next year, and 6 percent in 2021.

In its latest edition of the inflation report, released on July 31, the country’s central bank lowered its year-end inflation forecast for 2019 to 13.9 percent, down from a previous 14.6 percent.

The bank also slashed its food inflation forecast to 15 percent for this year, from 16 percent in the previous report.

“The downward revision is driven by assumptions for lower food prices and Turkish Lira-denominated import prices and lower-than-projected inflation in the second quarter of this year and improvement in the underlying trend,” explained Central Bank Governor Murat Uysal.

“Underlying trend indicators, supply side factors and import prices lead to an improvement in the inflation outlook,” he said.

TÜİK data on Aug. 5 showed that on a monthly basis, the consumer prices went up 1.36 percent in July.

The 12-month average hike in consumer prices was 19.91 percent in July, according to TÜİK.