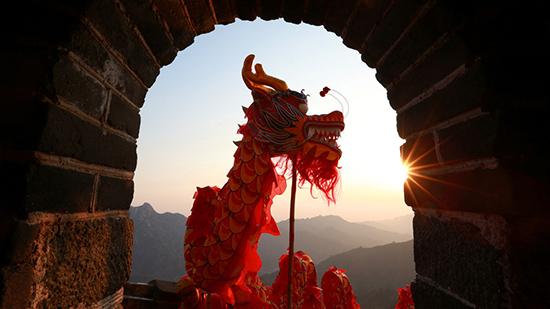 BEIJING (Reuters) – China threatened countermeasures on Tuesday if the United States deploys intermediate-range, ground-based missiles in Asia and warned U.S. allies of repercussions if they allow such weapons on their territory.

U.S. Defense Secretary Mark Esper said on Saturday he was in favour of placing ground-launched, intermediate-range missiles in the region soon, possibly within months.

Washington formally pulled out last week from the Intermediate-range Nuclear Forces Treaty, a 1987 pact with the former Soviet Union that banned ground-launched nuclear and conventional ballistic and cruise missiles with ranges of 500-5,000 km (310 to 3,400 miles).

U.S. officials had accused Russia of not complying with the treaty but the withdrawal also allows the Pentagon to develop new weapons to counter China, which boasts an increasingly sophisticated land-based missile force. Beijing was not a party to the deal and refused to join.

Fu Cong, director general of the arms control department at China’s foreign ministry, said Beijing “will not stand idly by” and watch the United States base missiles in Asia.

“If the U.S. deploys missiles in this part of the world, at the doorstep of China, China will be forced to take countermeasures,” Fu told reporters.

“I urge our neighbours to exercise prudence and not to allow the U.S. deployment of intermediate-range missiles on their territory,” Fu said.

He specifically mentioned Japan, South Korea, and Australia, warning it would not serve their national security interests.

Fu did not specify how China would respond but said “everything will be on the table” if U.S. allies made allowances for the missiles.

He also reiterated that China had no interest in taking part in any trilateral talks with the United States and Russia to come to new terms on such weapons, arguing that most of China’s missiles could not reach the U.S. heartland.

“Given the huge gap between the nuclear arsenals of China and that of the U.S. and the Russian Federation, I don’t think it is reasonable or even fair to expect China to participate in an arms reduction negotiation at this stage,” Fu said.

Esper and other Trump administration officials have accused China of aggressive behaviour that is destabilising the Indo-Pacific region. The war of words over missile deployment in Asia has raised concerns about an arms race in the region.

The United States is expected to test a ground-launched cruise missile in the next few weeks. The Pentagon will also aim to test an intermediate-range ballistic missile in November.

However, unrestrained by the treaty, China has already been deploying intermediate-range missiles in massive numbers and has installed military equipment on artificial islands it has made in the disputed and energy-rich South China Sea.

China’s People’s Liberation Army has used sustained budget increases to build an arsenal of advanced missiles, many of which are designed to attack the aircraft carriers and bases that form the backbone of U.S. military dominance in the region and protect its allies.

China is also making rapid strides in developing so-called hypersonic missiles, which can manoeuvre sharply and travel at five times the speed of sound, or faster.

The United States has limited defences against such missiles, according to Pentagon officials, and is scrambling for new weapons and strategies to counter them.