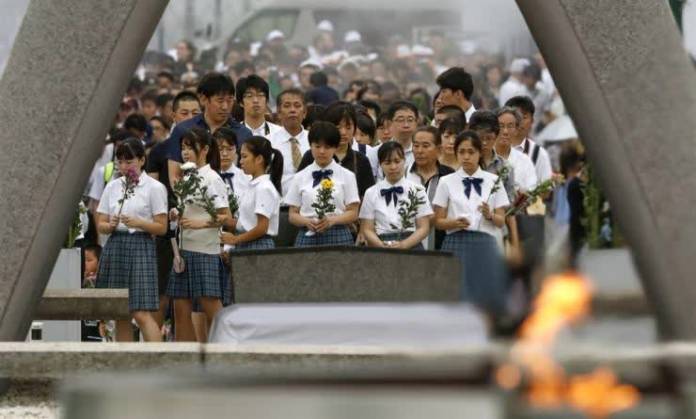 The Korea Times -Hiroshima has marked the 74rd anniversary of the atomic bombing of the city with its mayor renewing calls for eliminating such weapons.

Mayor Kazumi Matsui raised concerns in his peace address Tuesday about the rise of self-centered politics in the world and urged leaders to steadily work toward achieving a world without atomic weapons.

The Hiroshima anniversary ceremony came hours after North Korea launched projectiles into the sea. Its recent weapons tests follow a stalemate in negotiations over its nuclear weapons. (AP)