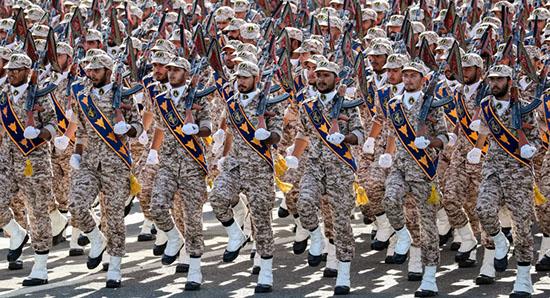 The statement comes amid increasing tensions between Washington and Iran as President Donald Trump authorised sanctions in June on officials associated with Iranian Supreme Leader Ayatollah Ali Hosseini Khamenei. The decision was followed by the US slapping sanctions on Iranian Foreign Minister Javad Zarif.

Iranian President Hassan Rouhani has warned that a possible war against Iran is “a mother of all wars”, while peace with Tehran is “the mother of all peace”.

In a speech broadcast live on state-run TV on Tuesday, Rouhani also reiterated Tehran’s readiness to sit down with Washington if it scraps all the sanctions against Iran.

“The Islamic Republic of Iran favours talks and negotiations and, if the US really wants to talk, before anything else it should lift all sanctions”, he underscored.

Separately, Rouhani commented on the situation around Iran detaining the British tanker Stena Impero near the Strait of Hormuz on 19 July over alleged maritime violations, a few weeks after Royal Marines seized the Iranian oil tanker Grace 1 near the Strait of Gibraltar after the vessels allegedly violated EU sanctions.

The statement comes a few weeks after Rouhani signalled Iran’s willingness to hold negotiations with the US.

“We are always ready for negotiation. I tell you this hour and this moment to abandon bullying and lift the sanctions and return to logic and wisdom. We are ready”, Rouhani pointed out

He added that Iran had shifted its approach from “strategic patience” to “reciprocal action” and would respond in kind to any of Washington’s steps related to the 2015 Iran nuclear deal, also known as the Joint Comprehensive Plan of Action (JCPOA).

Deteriorating Relations Between Tehran and Washington

Tensions between the US and Iran have been escalating since 8 May 2018, when President Donald Trump unilaterally withdrew his country from the JCPOA and imposed several rounds of economic sanctions on Iran.

Exactly a year later, Tehran announced its own decision to partially suspend some obligations under the deal and giving the other signatories – France, Germany, the United Kingdom, Russia, China, and the EU – 60 days to save the accord by facilitating oil exports and trade with Iran.

The US, in turn, sent in May an aircraft carrier strike group and additional troops to the Persian Gulf in a “direct message” to Iran, in a move that was followed by Iran’s Islamic Revolutionary Guard Corps (IRGC) downing a US spy drone in June. The IRGC insisted that the unmanned aerial vehicle (UAV) was downed in Iranian airspace, while the US Central Command claimed that the UAV was destroyed in international waters.

This prompted the Trump administration to briefly consider military strikes against Iran, which Trump later cancelled as “not proportionate”.

The Treasury Department meanwhile sanctioned Iranian Foreign Minister Javad Zarif on 31 July, with Zarif thanking Washington “for considering [him] such a huge threat to [the US] agenda”.