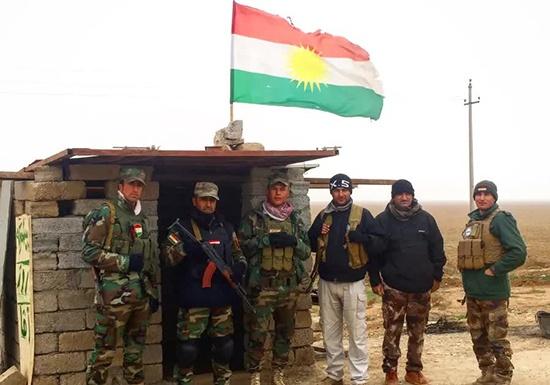 “There are over 14,000 fighters who are ready to engage in combat operations east of the Euphrates alongside Turkish forces,” Major Youssef Hamoud told Reuters.

Syrian rebel commanders said on Monday they are ready to join Turkish troops in an offensive to seize back largely Arab-populated towns and villages in northeast Syria held by Kurdish-led-forces.

Turkish President Tayyip Erdogan said on Sunday his country, which already has a foothold in northwest Syria, will carry out a military operation in a Kurdish-controlled area east of the Euphrates in northern Syria.

Turkey had in the past warned of carrying out military operations east of the river but put them on hold after agreeing with the United States to create a safe zone inside Syria’s northeastern border with Turkey that would be cleared of the Kurdish YPG militia.

The spokesman for the National Army, a Turkey-backed rebel grouping, said a 14,000 strong force was ready to start a campaign against the YPG militia that rules vast swathes of northeast Syria.

“There are over 14,000 fighters who are ready to engage in combat operations east of the Euphrates alongside Turkish forces,” Major Youssef Hamoud told Reuters.

The rebel official did not set a date for the operation, while another opposition source said preparations were already underway as Turkish army deployment gathered pace along the border in an operation expected to start from both Syrian and Turkish territory.

“We stand as one front with all our ethnic and religious components and will resist with all possible means in defense of security and stability,” Abed Hamed al-Mihbash, the head of the council said in a statement.

“Turkey wants to destabilize the co-existence between the various groups of the Syrian people,” he added.

The Turkish-led campaign, which has for months been delayed due to resistance from Washington, is aimed at evicting YPG forces from a string of border towns in Raqqa and Hasaka provinces.

Hundreds of thousands of refugees who fled during the conflict from these areas are now in Turkey and in the opposition-held northwest.

Tribal leaders and rights groups accuse the ruling Kurdish militia of preventing many Arabs from returning to their former homes which they say have been confiscated and demolished, a charge the SDF denies.

“The goal is to end the presence of the separatist terrorist group (YPG) and wreck their plan to change the demographic composition of the area and allow those displaced from all sects to go back to their home towns and villages,” the rebel official Hamoud said.

With U.S. backing, the SDF have taken control over the last four years of much of northeastern Syria from Islamic State militants.

But resentment against SDF rule in eastern Syria has grown among the predominately Arab population, residents and tribal elders say, with many objecting to compulsory conscription of young men and discrimination at the leadership level.

Kurdish YPG leaders deny any discrimination and say they are seeking to redress decades of repression against their national rights by Syria’s Arab Ba’ath party.