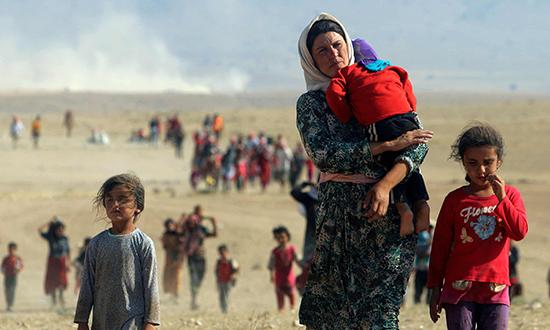 For the last year and a half, my Yazidi friends in Yazda have been calling out the international courts of law for failing the Yazidi people.

by Lynn Zovighian-  An  Nahar

There was an unprecedented energy during the commemoration events marking five years into the Yazidi genocide on Thursday in Baghdad.

The energy blended reconciliation with rebuilding Sinjar. Matters of security and human dignity were pushed to the top of the agendas of the international community, present through the United Nations multiple agencies and the diplomatic corps. The priorities of some Iraqi political and religious leaders, for the first time, stood coherent, eloquent and hardened by how dangerously their nation has broken down because of Daesh.

For the last year and a half, my Yazidi friends in Yazda have been calling out the international courts of law for failing the Yazidi people. They have been insisting on a holistic humane response to the problematic situation of Sinjar. And they have been unapologetically demanding action, action, action.

Something has shifted in Baghdad. This commemoration marking a genocide that is not five years behind us, but rather five years still ongoing, has made a significant mark. We all felt it. The pulse is strong. The baseline of human understanding feels like it has finally been activated.

We still lack basic (forget appropriate) security, political reinforcement, strategic humanitarian aid, and long-term focused economic investment in Sinjar. In other words, we have all the necessary destabilizing ingredients to almost guarantee a re-awakening of Daesh, or a new form of extremist perversion to wipe out whatever we have accomplished so far, and re-enact genocidal acts against humanity.

We have all it takes for Daesh to break us, yet again. So, what did I learn during the commemoration, as I split my time between serving as a long-time friend of and social investor for Yazda, while also serving as a member of the Yazda event hosting team?

When it comes to genocide, the judicial process and the many journeys of and towards justice are not the same thing.

We need to acknowledge and appreciate the multi-layered and interconnected steps needed to achieve justice. And this deeply human and robust form of justice needs to be unbreakable in the face of

significant pressures. Justice becomes an interconnected whole composed of many parts, all of which must be honored.

Its innovation needs to mirror the tragic and long-term complexities of the intentions, acts, and significant consequences of genocide.

Without such an intentional and unprecedented approach to justice, this Yazidi Genocide and all those before it will very simply set precedence for others to follow.

Now, what are the many parts to create a just whole?

A key component is, of course, a court of law, unbiased and confirmed as best-fit to serve the oppressed and subjugated while being fair to the accused. But what is justice in the daily lives of the people?

Secondly, rebuilding Sinjar in the form of security, infrastructure, services, economy, and homes (not just houses). Thirdly, we need to rebuild safeguarded places of worship.

Trust is a mere philosophy of intent, if not clearly grounded by action. This action must integrate three essential dimensions of justice. Number one; kindness in national and international will and action.

My Yazidi friends and I feel and want to believe in the new pulse beating in the name of responsibility and accountability. We are for the first time ever speaking a common vocabulary. Now, we must make sure that we always speak the same language and pledge ourselves to the same values and principles.

Daesh might have all it takes to re-emerge stronger than ever. But we have what it takes to ensure never, ever again. 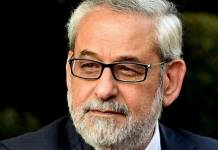