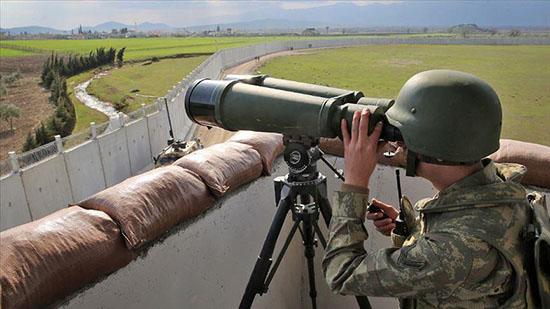 Turkish and American military officials met in Ankara on Aug. 5 to discuss the establishment of a safe zone in northern Syria, according to the Defense Ministry.

The meeting started at 10 a.m. local time, the ministry said on Twitter.

This is not the first time the officials came together on the issue of establishing a safe zone, but an agreement has still not been reached.

James Jeffrey, the U.S. envoy for Syria, was in Ankara on July 23 and 24, where he met with Turkish Defense Minister Hulusi Akar and other officials.

Turkey said during the meetings that it expects the depth of the safe zone to be around 30-40 kilometers and stressed that it wants the YPG cleared in the region.

The U.S., however, insisted on a 15 kilometer-deep safe zone with no permanent deployment of Turkish troops. The U.S. officials want the safe zone to be under the control of a coalition power under its leadership.

During the meetings on July 23-24, the U.S. also said that they were open to the idea of Turkish forces establishing security check points in some of the areas in the potential safezone. Allegedly, the U.S. officials brought forward the same proposal during the meeting on Aug. 5. But the Turkish side allegedly turned down this proposal due to the reason that the presence of the YPG would continue in a safe zone that is not under Turkey’s control.

Turkey also insists that all YPG troops are withdrawn from the potential safe zone and all their facilities are destroyed. It also wants this process to run with a predetermined schedule.

Ankara believes the YPG is the Syria branch of the illegal PKK, which is listed as a terrorist organization by Turkey, the U.S. and the EU. Ankara wants the YPG to withdraw from the border area in the planned safe zone, while Washington wants guarantees that Kurdish Syrians, whom the United States allied within the campaign to defeat ISIL in Syria, will not be harmed.

If efforts to find common ground with the U.S. prove unsuccessful, Turkey will have to create a safe zone in Syria on its own, the Foreign Ministry said on Aug. 5.