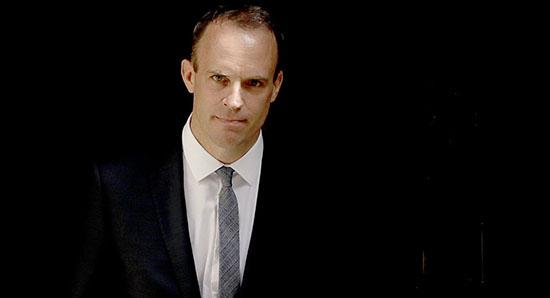 Earlier, Foreign Secretary Dominic Raab, who entered office last month after Cabinet reshuffle initiated by incoming Prime Minister Boris Johnson, confirmed that the UK will be ready to leave the EU with or without a deal on 31 October.

The UK’s new Foreign Secretary Dominic Raab has announced London’s plans to “fire up economic relationships with non-European partners” and create a new alliance to confront Iran and Russia after his country’s withdrawal from the EU.

“That means working with them now to ensure a smooth transition of our trading arrangements after Brexit and means quickly moving to wide-ranging trade deals that boost business, lower prices for consumers and respect our high standards,” Raab told a London news conference on Monday ahead of his working visit to North America.

He also signalled a readiness to “build a stronger alliance to uphold international rule of law and tackle the issues” that Raab said posed a threat to the UK’s security.

According to him, the new alliance will specifically grapple with what he described as “Iran’s menacing behaviour or Russia’s destabilising actions in Europe” as well as “the threat from terrorism and climate change”. He did not elaborate.

Raab’s statement comes amid tensions between London and Tehran, which has been simmering since Royal Marines seized the Iranian oil tanker Grace 1 in the Strait of Gibraltar on 4 July over its alleged violation of EU sanctions. Tehran denies the allegations, slamming the seizure as an act of piracy which sets a “dangerous precedent”.

This was followed by Iran’s Islamic Revolutionary Guard Corps detaining the British tanker Stena Impero on 19 July over its alleged violations of maritime laws. Although Tehran had earlier warned that it may detain a British vessel over the conflict with London sparked by the seizure of the tanker Grace 1, Iranian officials noted that Stena Impero’s detention was not a “retaliation”.

As far as Russia is concerned, it has repeatedly rejected allegations that it plans to attack any NATO member in Europe, insisting that the alliance is stoking up fears of the so-called “Russian threat” to justify its eastward expansion and increase its military presence along Russia’s borders.

Raab has, meanwhile, confirmed London’s desire to withdraw from the EU with or without a deal before the end of October, adding that 4 billion pounds (4.8 billion dollars) had already been allocated for leaving the EU and that the Finance Ministry will set out further funds.

The UK’s exit from the EU has been delayed several times due to MPs repeatedly refusing the deal proposed by former Prime Minister Theresa May. Brussels has given London several deadline extensions to come up with a plan, with the latest one slated for 31 October.