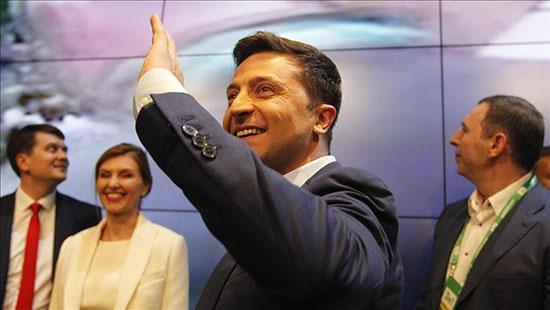 Ukrainian President Volodymyr Zelensky will pay a two-day-visit to Turkey on Aug. 7, according to a written statement from Ukraine‘s presidency on Aug. 5.

During his visit, Zelensky will meet with his Turkish counterpart Recep Tayyip Erdoğan in the capital Ankara, the statement read.

He is also scheduled to hold meeting with representatives of Ukrainian and Crimean Tatar communities in the country.

Zelensky will have a meeting with Istanbul’s Fener Greek Orthodox Patriarchate Bartholomew, the statement added.

The elections did not take place in Crimea, a peninsula on the northern Black Sea coast illegally annexed by Russia in 2014, or in eastern Ukraine, which is currently under the control of pro-Russian rebels.