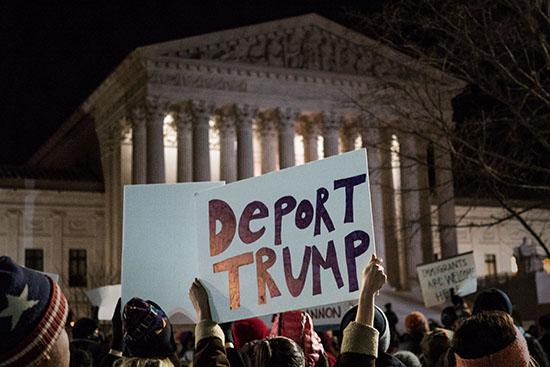 Mass shootings by white supremacists should not be exploited to further militarize the police and lose more civil liberties, says Caitlin Johnstone.

Two mass shootings have rocked the United States in less than 24 hours, leaving dozens dead and many more wounded. The first in El Paso, Texas, was allegedly perpetrated by a white supremacist whose racist motives are outlined in a rambling “manifesto,” the second allegedly by a self-described “leftist” whose motives, like those of the 2017 Las Vegas shooter, are presently unknown. These incidents occurred a week after another mass shooting in Gilroy, California.

All the usual U.S. gun control debates have of course reignited, which is understandable. Alongside this debate, however, we are seeing another, far more pernicious agenda being raised that I would like to address here.

In an interview with MSNBC’s Joy Reid, notorious liar and propagandist Malcolm Nance claimed that existing laws aren’t sufficient for prosecuting the El Paso shooter, because there are no laws designating his act of mass murder as “domestic terrorism.”

“I think that Congress needs to take up right away a series of domestic terrorism laws,” Nance said. “It’d be very simple: just match them to the words ‘international terrorism,’ so that a member of al-Qaeda and a member of a white nationalist terrorist cell or a militia that thinks they’re going to carry out international acts of terrorism are equal all the way around. Right now there are no laws called ‘domestic terrorism law.’ They can get you for firearms, they get you for hate crimes, but you are not treated as a terrorist. This act in El Paso was clearly by all definitions a terrorist attack in the United States, but of course by the nature of the person being white and American he can’t be treated like a member of ISIS or al-Qaeda. He can’t even be detained, he can only be treated as a murderer.”

(The accused, for the record, is in fact under arrest currently, and prosecutors say that they are treating it as a domestic terrorism case for which they are seeking the death penalty. This is in Texas; he’ll be dead before the next “Fast & Furious” movie. Nance’s notion that prosecutors’ hands are somehow tied here is silly.)

“But he’s a murderer with a political intent who is spreading an ideology,” Nance continued. “So Congress should take that up immediately. And let’s see if the White House won’t sign that legislation. That would be very revealing.”

In other words, shove the legislation through and call anyone who opposes it a Nazi lover.

Political commentary is flooded with the word “terrorism” today. People are demanding that the El Paso shooter in particular and white supremacists in general be labeled terrorists by the narrative-making commentariat, and you know what? I totally get it.

The push since 9/11 to tar Muslims as “terrorists” has been extremely obnoxious and fueled by hate and bigotry, so it makes sense for progressive-minded people to push for the egalitarian usage of that term. But before doing so, please reflect on what lessons we learned from the post-9/11 “Islamic terrorism” scare.

“Years of misguided alarmism over ‘Islamic terrorism’ resulted in the erosion of civil liberties, militarization of police, and a host of other bad outcomes. Applying the same alarmist logic to ‘white nationalist terrorism’ is likely to produce a host of similarly bad outcomes,” tweeted independent journalist Michael Tracey in response to the chatter.

Years of misguided alarmism over “Islamic terrorism” resulted in the erosion of civil liberties, militarization of police, and a host of other bad outcomes. Applying the same alarmist logic to “white nationalist terrorism” is likely to produce a host of similarly bad outcomes

“I am telling you now that the government will use the violence that Trump himself has rallied as an excuse for more militarization, more surveillance, more violations of civil liberties — and a lot of people are going to welcome these things because they are afraid,” tweeted Truthout‘s Kelly Hayes. “I’m not guessing or being creative here. This is about having a sense of history and a sense of how these systems function in the present. I would love to be wrong. I would celebrate being wrong. But I’m not.”

I am telling you now that the government will use the violence that Trump himself has rallied as an excuse for more militarization, more surveillance, more violations of civil liberties — and a lot of people are going to welcome these things bc they are afraid.

Indeed, it is an established fact that the U.S. will use the narrative about the need to fight terrorism to advance pre-existing agendas. The first draft of the massive USA Patriot Act was introduced a week after the 9/11 attacks, far too fast for anyone to have gathered the necessary information from all the relevant government bodies about what changes were necessary and typed out the hundreds of pages of the bill. Legislators later admitted that they didn’t even have time to read through the densely worded bill before passing it the next month, so to believe that it could have been written in a week would be childish.

High-altitude surveillance balloons have been deployed over America to “deter narcotic trafficking and homeland security threats” via “hi-tech radar”. To be clear, this is not something they’re considering or opening up for public debate. This has already happened. https://t.co/q7IKr5WMLN

In 2011 then-Congressman Ron Paul told Politico that “the Patriot Act was written many, many years before 9/11,” adding that the attacks simply provided “an opportunity for some people to do what they wanted to do.” Paul was serving in Congress when the Patriot Act was passed. The law has since been used to erode human rights at home and abroad by destroying Fourth Amendment protections and legalizing Orwellian surveillance, and it’s safe to assume that the opaque and unaccountable government agencies that were greatly empowered by it had already wanted this to happen.

I have no easy answers for America’s mass shooting epidemic, and as an Australian I see the gun control debate as outside my sovereign territory. I will simply suggest, as I so often do, that if Americans really want to address the problem then the best place to start is to do the first ever honest and in-depth study on the effects of domestic propaganda on the American mind, particularly war propaganda. There are only so many times a certain type of mind can be told violence-glorifying lies before it snaps; if anyone researches mass shootings in the light of the constant psychological abuse that Americans suffer at the hands of their mass media, I guarantee they’ll find a connection. Americans are the most propagandized people on earth because of their proximity to the most strategically crucial part of the empire; it’s not a coincidence that they’re also by far the most prone to mass shootings.

One thing I can tell you won’t fix your problems, America, and that’s listening to the propagandists who want you to hand over even more control to a government that has already begun floating high-altitude surveillance balloons over your country without your permission.

Don’t let them bully you with fear.