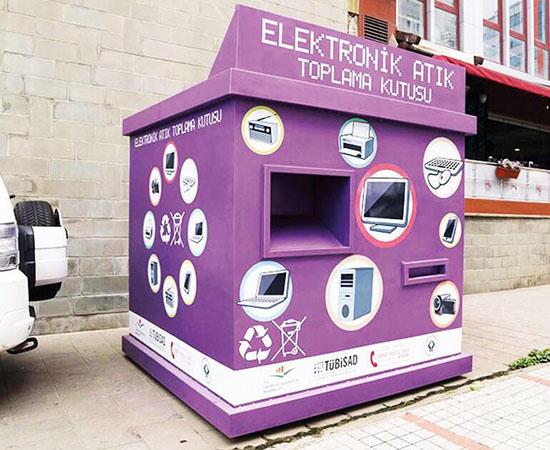 The educational cost of some 4,500 children since the end of 2016 has been covered by a recycling campaign organized by the Educational Volunteers Foundation of Turkey (TEGV) in collaboration with the Informatics Industry Association (TÜBİSAD).

Electronic and electrical waste of 150 tons has been recycled as part of the “Don’t throw away, donate” campaign, in which citizens were encouraged to give away desktop computers, laptops, tablets, monitors, printers, phones, cables, adaptors and other appliances via carriers and recycle bins.

“Some 44.7 million tons of electronic waste existed worldwide in 2016, according to the ‘Global E-waste Monitor’ report. In Turkey, we create eight kilograms of electronic waste per capita annually. It is possible to make an income of 767 million euros through recycling that waste,” said campaign project coordinator Taner Oral.

He also said that the project helps the TEGV’s campaign and efforts for a sustainable environment at the same time.

The TEGV has installed 45 e-recycling bins across the country to collect waste. Many companies also received e-waste boxes from the foundation and called on their employees to join the campaign. All the citizens can send their household e-waste to the TEGV with the help of public post office branches without a charge.

In 2018, the foundations easily exceeded the target of covering educational cost of 1,000 children by being able to sponsor 1,600 children, said Oral.

“It shows that we are on the right track,” he said.