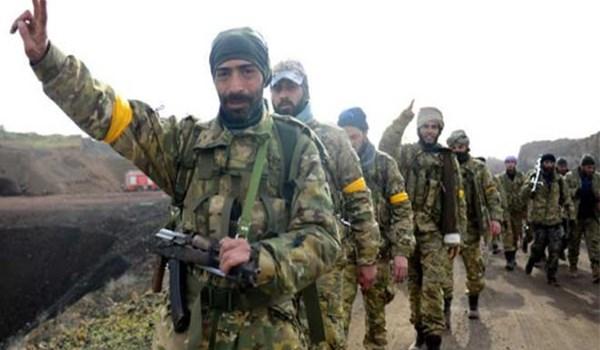 TEHRAN (FNA)- A Kurdish lawmaker of the Syrian Parliament called on his compatriots to return to the negotiating table with Damascus government before it’s too late, and said that the US has traded Kurds with Turkey on the so-called safe zone in Northern Syria.

Omar Mousa told the Arabic-language website of the Russian Sputnik news agency that the high-ranking US and Turkish military officials have recently held talks on creating a safe zone in Northern Syria, adding that the US will once again humiliate Kurds by handing over this region to its NATO allies.

The Syrian lawmaker underlined that the US has never been an ally of Kurds, and said that the US and the UK have sold Kurds to Turkey many times, while the Americans have contacted the Kurdish military commanders to justify their occupation.

Mousa, meantime, pointed to Turkey’s plan for occupying the entire Northern Syria on the pretext of the presence of the Syrian Democratic Forces (SDF) commanders in Eastern Euphrates, and called for resuming talks with the Damascus government and expediting the arrival of the Syrian Army in the region and putting an end to Turkey’s excuses.

In a relevant development last Tuesday, the US and Turkey have agreed on keeping Tahrir al-Sham al-Hay’at (the Levant Liberation Board or the Al-Nusra Front) terrorist group in Northern Syria to pressure Syria and Russia.

The Arabic-language Arabi 21 affiliated to the dissidents quoted informed sources as saying that Ankara and Washington have reached an agreement on maintaining Tahrir al-Sham and its continued survival as a big terrorist organization in Idlib.

It also quoted Abbas Sharifeh, a senior analyst, as saying that the US intends to revive Tahrir al-Sham to attain its goals in light of differences with Russia and after failure in a trilateral meeting in occupied Quds where it failed to win Moscow’s agreement with a plan to push Iranian military advisors out of Syria.

He noted that Tahrir al-Sham’s annihilation in Idlib was considered as a big threat to the US and would pave the ground for the Syrian and Russia armies’ deployment in the province, and said Washington will interact with Tahrir al-Sham in several phases to give it legitimacy in line with its goals to pressure the Russians and Syrians.

Relevant reports said in July that Turkey had equipped Tahrir al-Sham with the US-made drilling vehicles to build underground tunnels under the supervision of its former Saudi commander Abdullah Muhammad al-Muhaysini.

The Arabic-language website of Sputnik news agency quoted local sources in Idlib province as saying that recently Tahrir al-Sham has received 8 drilling vehicles through a businessman in Turkey and transferred them to several regions in Khan Sheikhoun in Southern Idlib and Kafr Zita, al-Latamineh and Sahl al-Qab in Northern Hama.

They added that Tahrir al-Sham intends to build underground tunnels like what existed in the Eastern Ghouta of Damascus with the aim of reinvigoration of its positions in Northern Hama and Southern Idlib fronts under the supervision of al-Muhaysini.

The sources also said that a delegation of foreign engineers from different Arab countries as well as construction experts and the terrorists who had earlier been transferred to this region from Eastern Ghouta collaborate in the operations.