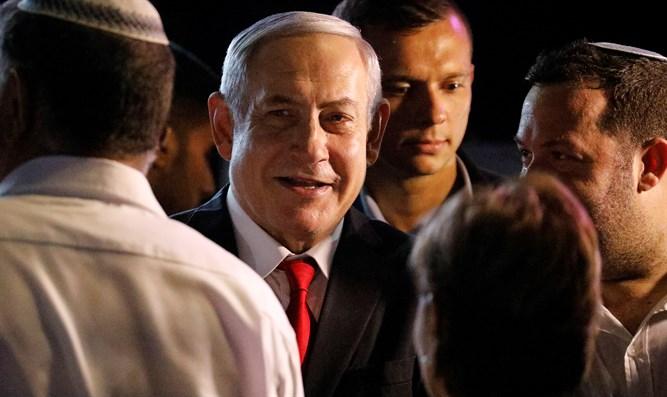 Netanyahu pledges to form right-wing coalition, warns against voting for parties that, according to polls, do not pass the threshold.

Prime Minister Binyamin Netanyahu is pledging that he will establish a right-wing government after the elections and will not form a unity government with the left.

In a column published in the Israel Hayom newspaper, Netanyahu wrote, “My commitment is clear: To establish a strong right-wing government after the elections, which will continue to lead the State of Israel to unprecedented achievements and safeguard Israeli citizens.”

“This is my commitment to Likud voters. There will be no unity government,” the Prime Minister stressed.

In order for a right-wing government to be established, continued Netanyahu, right-wing voters must wake up from their apathy.

“Avigdor Liberman stated in an interview with Army Radio last Sunday that he would recommend Benny Gantz as Prime Minister. We must not repeat the mistake of the last election, in which right-wing voters lost seven seats to parties that did not pass the electoral threshold.”