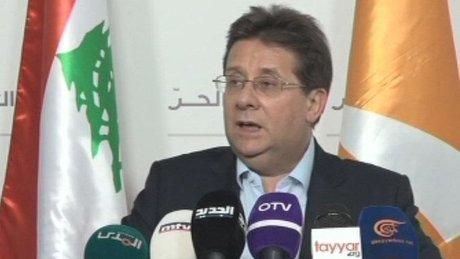 The Free Patriotic Movement-led Strong Lebanon bloc on Tuesday stressed that “press conferences” cannot change facts, in response to a conference held by the Progressive Socialist Party to discuss the judicial developments in the case of the Qabrshmoun incident.

“Press conferences and debates won’t change the facts, which have become in the judiciary’s hands,” MP Ibrahim Kanaan said after the bloc’s weekly meeting.

“We reject any interference in the judiciary, wherever it comes from, and we call on the judicial authority not to pay attention to any political bickering. It should only focus on achieving justice so that we can win our state and society,” Kanaan added.

Turning to the issue of the suspended cabinet sessions, the MP said “the political conflict and the ongoing bickering should be separated from the government’s meetings because its work is a national duty.”

“The government’s failure to convene is not good for the country at the economic, financial and social levels,” Kanaan warned.

Responding to a question, the lawmaker said the bloc wants to resort to the judiciary because it “respects institutions.”

“Those like us who suffered repression, exile and imprisonment during the era of occupation and tutelage know the importance of freedom and we cannot practice things that are against our beliefs,” Kanaan added, denying the presence of a political campaign to frame and isolate the PSP.

In a press conference held earlier in the day, PSP officials had accused ministers and judges close to President Michel Aoun and the FPM of seeking to frame their party in the case of the deadly Qabrshmoun incident.

The PSP has meanwhile accused Gharib’s bodyguards of forcing their way and firing on protesters gathered in the area.