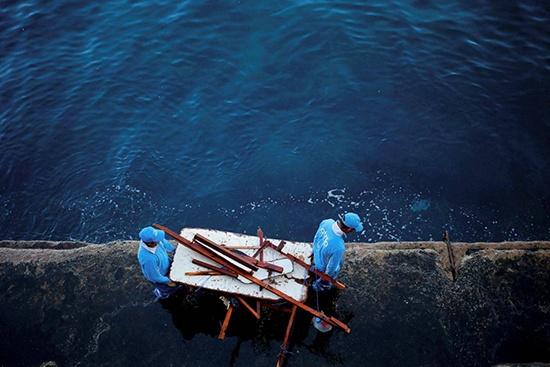 Water stress, according to experts, occurs when the demand for water exceeds the available amount during a certain period or when poor quality restricts its use.

BEIRUT: Lebanon’s poor water resource management will result in immense water stress, according to the latest data released by the World Resources Institute.

Water stress, according to experts, occurs when the demand for water exceeds the available amount during a certain period or when poor quality restricts its use.

Lebanon ranks second only behind Qatar, with a score 4.82, tied with Israel.

New data from WRI’s Aqueduct tools reveal that 17 countries – home to one-quarter of the world’s population—face “extremely high” levels of baseline water stress, where irrigated agriculture, industries and municipalities withdraw more than 80 percent of their available supply on average every year.

A score of over 4 puts a country in that bracket.

“Such a narrow gap between supply and demand leaves countries vulnerable to fluctuations like droughts or increased water withdrawals, which is why we’re seeing more and more communities facing their own “Day Zeros” and other crises,” said Rutger Hofste, an associate for WRI’s water team.

The reasons for these crises go far deeper than drought, WRI explains. Through new hydrological models, WRI found that water withdrawals globally have more than doubled since the 1960s due to growing demand – and they show no signs of slowing down.

The Middle East and Africa dominated the negative ranking, with 12 out of the 17 most water-stressed countries located in the MENA region.

“The region is hot and dry, so water supply is low to begin with, but growing demands have pushed countries further into extreme stress,” Hofste notes.

Climate change, which continues to make international headlines, is also set to complicate matters further: The World Bank found that this region has the greatest expected economic losses from climate-related water scarcity, estimated at 6-14% of GDP by 2050.

Lebanon is in dire need of a better and revamped infrastructure to better store in water supply while increasing agricultural efficiency and recycling its wastewater.

Only by achieving these three things will it only be able to mitigate the consequences.