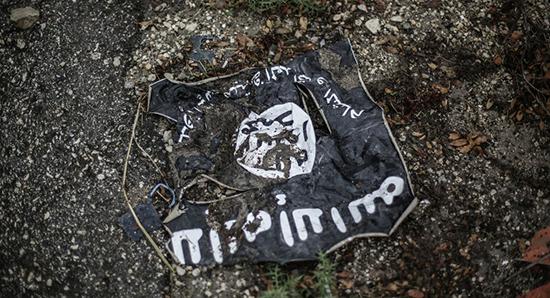 ERBIL (Kurdistan 24) – UN Secretary-General Antonio Guterres said in a report on Monday that the so-called Islamic State has about USD 300 million, noting that the apparent decline in the group’s rate of activity “may be temporary,” the Associated Press reported.

In his report to the Security Council, Guterres said the territorial collapse in both Syria and Iraq had limited the Islamic State’s revenue stream. However, the terror group is still believed to be able to direct funds in support of “terrorist acts” in both countries as well as abroad.

The UN chief said they use “hawaladars” – brokers in an informal system of money transfer – as their most common way of wiring funds.

Another source of income for the group is by trading looted antiquities. “Details of antiquities traded, and the current location of any stored antiquities are assessed to be known only to ISIL [ISIS] leaders,” he said.

In a recent report to the UN Security Council, a panel of experts from the supranational body asserted that senior members of the terrorist organization are regrouping and laying the foundations for an “eventual resurgence” in Iraq and Syria.

Moreover, the report stated that the group is much further ahead in Iraq while also claiming the Islamic State’s figurehead, Abu Bakr al-Baghdadi, and much of their leadership are, supposedly, at the time the report was written, based in Iraq.

Guterres further stated that Islamic State sleeper cells in Syria are transforming as the group did in Iraq after its territorial fall in 2017. He affirmed that the group’s leadership figures “are also reported to have taken refuge in governorates where hostilities are ongoing.”

The Secretary-General warned of the threat the terrorist organization continues to impose, including members who return to their countries of origin.

“[T]he threats posed in the short-term by adult detainees and in the medium to long-term by minors who are often traumatized and may become increasingly radicalized have the potential to grow more serious, with consequences for social integration and the potential risk of violence, including possible terrorist attacks in the future.”