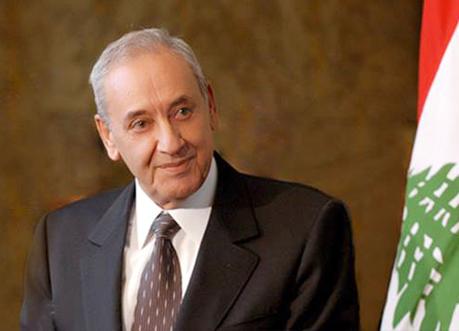 Parliament Speaker Nabih Berri on Wednesday called on political parties bickering over the Qabrshmoun incident to show “awareness and wisdom,” as he issued a warning over the country’s financial situation.

Speaking to lawmakers during the weekly Ain el-Tineh meeting, Berri said he “will not allow anything that might divide the Lebanese or tear up the country.”

“Everyone must seek political, security and financial stability, especially that the global financial institutions are monitoring the situation in Lebanon with some sort of cautiousness and concern,” Berri added.

Turning to the Qabrshmoun crisis, the Speaker called for a “full and comprehensive reconciliation,” reassuring that “there is no need for the current panic in the country, which would dissipate once the cabinet convenes.”

Suggesting that the Cabinet should not discuss the Qabrshmoun incident without a prior agreement among the parties, Berri said “any initiative requires the consensus of all parties concerned.”

The Speaker also told the MPs that his latest initiative had made major progress and that all parties had expressed acceptance before it ran into a deadlock due to some stances.

Confirming that he has decided to suspend his initiative, Berri urged the political parties to show “more awareness and wisdom towards the worrisome situations that the country is going through.”