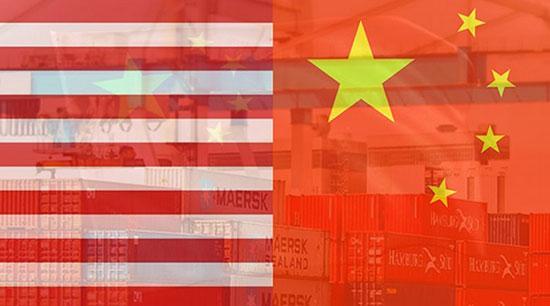 BEIJING(Reuters) – China’s exports unexpectedly returned to growth in July despite escalating U.S. trade pressure, but the rebound may be short-lived as Washington prepares to impose even more tariffs on Chinese goods.

A sharp drop in the yuan currency this week may offer only scant relief for Chinese exporters, who are facing both additional U.S. levies on Sept. 1 and sputtering demand worldwide.

July exports rose 3.3% from a year earlier, the fastest since March, customs data showed on Thursday. Analysts had expected a slightly bigger 2.0% drop after June’s 1.3% fall.

But imports remained weak, declining 5.6% and highlighting still sluggish domestic demand. Still, the drop was less than an expected 8.3% and June’s 7.3%.

That left China with a trade surplus $45.06 billion last month, compared with a $50.98 billion surplus in June. Analysts had forecast a surplus of $40 billion for July.

The United States raised tariffs on a large number of Chinese goods in May, after trade negotiations broke down, and Beijing retaliated.

July saw a temporary ceasefire in the year-long trade war after leaders of both countries agreed in late June to restart negotiations and President Donald Trump offered some concessions.

But the truce was shattered last week, after Trump vowed to impose a 10% tariff on $300 billion of Chinese imports from Sept. 1, which would extend levies to effectively all of the goods China sells to the United States. In response, China on Monday said it would stop purchasing U.S. agricultural products.

China’s trade surplus with the United States stood at $27.97 billion in July, narrowing from June’s $29.92 billion.

But it reached $168.5 billion in the first seven months of 2019, highlighting continued imbalances which have been a core complaint of Trump’s in his administration’s negotiations with Beijing.

On Monday, China allowed the yuan to depreciate past the 7 yuan-per-dollar level for the first time in more than a decade. The U.S. branded Beijing a “currency manipulator” in response.

Capital Economics predicts the yuan could be allowed to depreciate to 7.5 against the U.S. dollar next year.

“The most powerful policy tool at officials disposal is the exchange rate, as currency weakness would directly offset much of the impact from the tariffs,” said Julian Evans-Pritchard, Senior China Economist at Capital Economics in a note last week.

Only $50 billion of worth of U.S. imports remain without tariffs on the Chinese side, fueling speculation China will need to resort to other methods of retaliation if Washington continues to ratchet up the pressure.

“The first question, at this point, is whether China wants to weaponize its currency to retaliate in a messy trade war,” wrote Commerzbank senior economist Zhou Hao in a note on Monday.

(For a graphic on ‘China’s economic trends’ click tmsnrt.rs/2iO9Q6a)