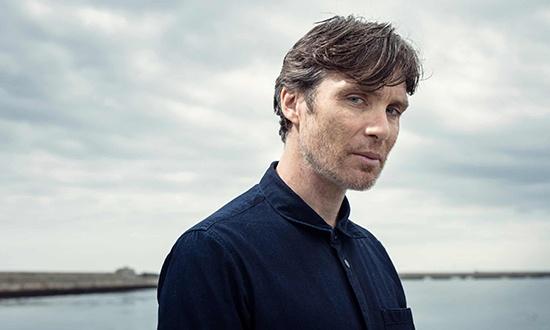 In the summer of 1996, Cillian Murphy was at a crossroads. He had failed his law exams at University College Cork. He had turned down a three-album record contract with his Frank Zappa-influenced “funk-jam band”, the Sons of Mr Green Genes. He had met his wife (the artist Yvonne McGuinness), and he had decided to audition for – and was cast in – Disco Pigs, a play about Cork teenagers by a then largely unknown writer called Enda Walsh. “It did feel kind of pivotal, and it wasn’t just that summer – everything happened in the month of August,” says Murphy.

In the space of four weeks his life dramatically changed course. Law and music went by the wayside, while acting and life-long relationships with Walsh and McGuinness were set in motion. “I remember the confidence of youth that you have. You’re just going to go for it and when you’re 19 or 20 nothing seems permanent. It was an adventure but, looking back, it does seem hugely formative.”

When I meet Murphy in the lounge of a Soho hotel his hair is well on the way towards shoulder length, and he has a short beard peppered with a few grey hairs – a byproduct of his role in another Walsh play, an adaptation of Max Porter’s Grief Is the Thing With Feathers. Dressed in a pair of jeans and a bomber jacket, he looks like a quietly cool dad who has been sent out to fetch a complicated coffee order. So what does he think the earnest and ambitious 19-year-old Murphy would think of his career? “I think he would be surprised … and probably a bit sad that the music thing didn’t work out.”

Makers of flat caps and henley shirts everywhere will be thankful Murphy didn’t choose the musical route. He is about to return to TV screens as Tommy Shelby, the patriarch and mob boss in the BBC’s Birmingham-set gangster series Peaky Blinders, which is now in its fifth season and has become a bona fide pop culture phenomenon. Try to pick up a men’s magazine and avoid its presence. You have probably noticed the rise in people wearing Blinders-esque three-piece suits. There are a video game and a film in the works, and, next month, a music festival. David Beckham started a clothing line inspired by its sartorial style; Arsenal’s Basque coach Unai Emery watches it to improve his English, and it has the marker of any self-respecting cultural curio: its own dedicated podcast.

Murphy was surprised by the success after taking the role, his first TV job in years. “I didn’t understand the title,” he admits, but says he was impressed by Steven Knight’s story, which was inspired by a real-life gang who had become a part of Brummie folklore. “We didn’t know if the second series would come, and it was the second one when it really started to become a bit zeitgeisty, but you never know. When something becomes successful you never know how or why – it’s by osmosis.”

There has been a natural flow to Murphy’s career too. After getting the role in Disco Pigs, he toured with it worldwide for two years and starred in the film version. That led to being cast in Danny Boyle’s zombie hit 28 Days Later in 2002, before Murphy started a director-actor relationship with Christopher Nolan, who cast him as Christian Bale’s psychotic nemesis, the Scarecrow, in his Batman trilogy, and brought him in for Dunkirk, where he played a shell-shocked soldier, desperately looking for a way out. But Blinders has had a cultural impact that goes beyond any of those projects. For Murphy, that influence can be measured on the high street. “When something has an influence on fashion, that’s the most visual message you get back that there’s an impact,” says Murphy. So what does he think of the sartorial style? “Every man looks good in a three-piece suit … it’s far better than a shell suit.”

But it’s not all suits and haircuts. Peaky Blinders is after all about gangsters – incredibly violent ones. For a show that’s as bellicose as it is Brummie, there has understandably been strong criticism of its on-screen aggression. In the first series there is a prolonged gang scrap that is drenched in blood. The male characters usually deal with their post-trenches PTSD (many of them have fought in the first world war) in one of three ways: fighting, paying for sex or drinking. Female characters are often strong and defiant – such as Helen McCrory’s Polly – but when Tommy steps on the toes of a London rival in the second season, his sister is threatened with rape. That kind of writing has led some academics to claim it uses psychological trauma as a way to justify the glorification of some elements of British lad culture and even nationalism. George Sandra Larke-Walsh, of the University of North Texas, argues that “in the current socio-political environment, and associated concerns about the prevalence of toxic masculinity, such presentations no longer feel safely confined to fantasy.”

What does its star think of it all? “Well, I’m not British, first of all,” says Murphy, shifting tone and shutting down. Of course not, but as the star of Peaky Blinders, does he think the show goes too far? “Everyone is entitled to their own opinion. If people want to read it that way, fine. Steven [Knight] is a better man to answer that.” Sophie Rundle, Joe Cole, Sam Neill, Tom Hardy and Adrien Brody all gave the show a prestige feel, but there’s no doubt that this is Murphy’s vehicle. Besides, Murphy is a producer on the show now; it’s natural to expect him to have an informed opinion. “In my own reading of PTSD – it was never an excuse to behave aggressively, it manifests in many different ways,” he says, getting more animated.

“I don’t believe anything should be gratuitous. We’ve always talked about there being consequences of violence – I hope that it is made to look ugly and makes you flinch or turn away. We are working within the limitations of the gangster genre and things are heightened, and that is part of its appeal, so I suppose it’s balancing that. You see the psychological trauma that Tommy suffers throughout the new series, particularly.”

Perhaps the prickliness around the question of violence comes from what the show is trying to evolve into. The fifth season sees the Shelbys coming to terms with a rising tide of fascism around Europe in the buildup to the second world war; Oswald Mosley is in the ascendant. Murphy says it’s a response to the current rising tide of populism around the world. “Without a doubt. You can find Mosley’s speeches online. It’s the playbook for populism: make Britain great again, he says that. False news etc. He was a fascinating challenge for Tommy, because he sees that it’s starting all over again, in terms of world conflict.”

Does Murphy think a show like Peaky Blinders should have an underlying message? Should it comment on contemporary Britain? “I think it’s more powerful if you do it through the prism of history. It’s hard to make a film about Brexit or about Trump because we’re living it,” says Murphy, who also starred in Ken Loach’s The Wind That Shakes the Barley, a film about the early IRA that was read by many as an indictment of US involvement in Afghanistan and Iraq. “If you look at what happened with Mosley you can hold a mirror up to what is happening now and it’s a more elegant way of doing it.”

Murphy has had his own brush with a contemporary issue: the #MeToo movement. He recently filmed Anna, another assassin thriller directed by Luc Besson, who was accused of misconduct, rape and sexual assault by multiple women. The case has now been dropped by French prosecutors, but what did Murphy think when he heard the news? “The first I heard of it was a year after we had finished,” he says. “I haven’t seen the film, I don’t know anything about it. It’s sad. You go into a project with all the best intentions and then that stuff comes out and you’re shocked and saddened, and you just have to let it play out and be fully supportive of women and anyone who is in that situation.”

Murphy has also been tipped as a potential new Bond, along with frontrunners James Norton and Richard Madden. “The thing about it is, if you say anything about Bond it becomes the headline, right?” he says, not inaccurately. “There’s two things I’ll say about that. Firstly, there’s a whole other industry which is completely separate from the film side of things, and that’s the bookies. The second thing I’d say is that I think it should be a woman, which rules me out.”

Murphy moved back to Ireland four years ago after 14 years in London. The move wasn’t fuelled by Brexit, he says, but he is glad to be living in Dublin on a “very liberal island that is an outlier” at the moment. When Brexit does come up, the anger is clear. “The Good Friday agreement was predicated on there not being a border and to think that you can hold Ireland to ransom, you can’t …” Murphy tails off, then starts again. “Listen, if you and I are in a club and there are 28 members of the club and I decided to leave, why would I get preferential treatment? Doesn’t make any sense.” There’s another brief pause. “And if Ireland is a member of that club and me leaving undermines their whole set-up and the peace they have, it doesn’t make any sense, and it’s not equitable or fair and it’s because the whole thing was sold on a bunch of misinformation.”

For Murphy, Brexit was flawed from the outset. “It was a binary choice. There’s no nuance, you can’t put any of that into a referendum,” he says. “You can say, ‘yes, we’ll leave the EU’, but no one knew how.” Get Murphy on a subject he is passionate about and you get a flash of Tommy Shelby. Not the searing menace or the much-copied haircut, but the more human side who justifies his actions for the welfare of his family. “I really don’t identify with him. He’s a total stranger to me, but he’s the only character I’ve returned to in my career,” says Murphy. “He is a relentless character – he never sleeps, he never eats – his ambition is limitless. So you need to be able to embody that.”

He says it takes him two months to “shake off” Tommy. His hair grows back, he goes away with his family and things slowly return to normal. But there is a price to be paid. “Ask any actor – if you do something well there’s inevitably some sort of exchange. It’s not a methody thing, it’s not a conscious thing,” he says. “I could never go on to another character – firstly, because you’ve got that mad haircut, but because I need time to decompress because I’m nothing like him. I’m like his cowardly brother.”