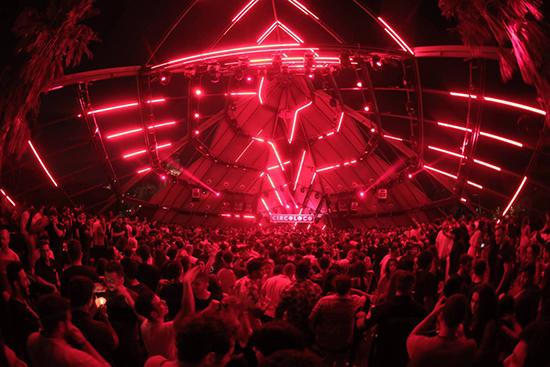 The surface only reveals the fun part, but the behind-the-scenes work that is making it all possible is surely not easy.

BEIRUT: It’s been seven years since The Gärten by Uberhaüs hit the nightlife scene in Beirut, and it has now become one of the city’s most famous nightclubs. Many know The Gärten, but few know the story that turned this Uberhaüs vision into the success that it is today.

It all started in the basement of the WH Hotel eight years ago, when a group of friends got together and decided to open a club.

At the time, the basement of the hotel fit around 300 to 400 people, which wasn’t bad for a beginning, but the real breakthrough for Uberhaüs was when they moved from their underground spot to their summer venue, now known as The Gärten, located in Waterfront, Beirut.

No doubt, the shift “from a 300 capacity place to a 3000 capacity place within six months was a huge risk and a big leap in the scene,” as co-founder of Uberhaüs, Ali Saleh, noted. Not only was it risky, but it was also unprecedented, as “hosting weekly parties and featuring international artists every week” was surely new.

However, where The Gärten is today shows us that the risk was worth taking.

The Gärten now hosts some of the most renowned electronic artists from around the world, and their lineups have included Bob Moses, Peggy Gou, Dubfire, Max Cooper, among many others, in addition to their own resident DJ, Romax, and a number of local DJs and artists.

The club not only masters its musical scene, but the hard work behind it is also reflected in its architectural finesse. The Gärten’s signature structure of lights reveals a keen eye for detail.

These famous lights had a very humble start. At first, Saleh noted, there were some financial challenges, so the founders started small with “DIY project,” with the help of a few people. But then, they expanded their team of architects and engineers, along with the help of friends and locals, to turn The Gärten into what it is today.

But the surface only reveals the fun part, and the behind-the-scenes work that is making it all possible is surely not easy, as Saleh reveals.

“This industry is very exhausting and very challenging, it’s rewarding on so many levels, but people don’t know how this business is and how much work is put to be able to do what we do today and preserve it,” he told Annahar.

Bartender Nour AB told Annahar: “The team is like a family. We always have dinner together before the night begins, and take one shot to welcome the beginning of another iconic night at The Gärten.”

From the hostess to the bouncers, Saleh emphasized the importance of teamwork in such big projects, which is the reason behind Uberhaüs’ success.

“The staff is our backbone and many of them have been with us since day one. They represent the brand and they helped us build it to what it is today,” he added.

Sasha Elijah, hostess and performer at Uberhaüs, told Annahar that the preparations are the most challenging part of making the night a success.

She told Annahar that “people don’t realize that we open three times per week, and each night is a different setup,” and further explained how the team changes the setting of the club based on the genre of the night. Apart from electronic music, they also host R&B and Disco nights.

“On Wednesdays, the setting changes and fits R&B. On Discobanana, the place goes crazy, everything is changed in one night and the people who do that work super hard,” Elijah told Annahar.

Romax, resident DJ and co-founder, said: “The experience of playing at The Gärten is a magical one. The crowd, the booth, the Uberhaüs team, they all make that happen weekly, I’m blessed to be part of it.”

Uberhaüs wasn’t the first to bring electronic music to Lebanon, but it made it widely available, accessible, and an experience for many to remember.

“Uberhaüs is a movement. It’s a concept that revolutionized the nightlife scene in Lebanon and set up new standards that everybody else had to keep up with,” Saleh told Annahar.