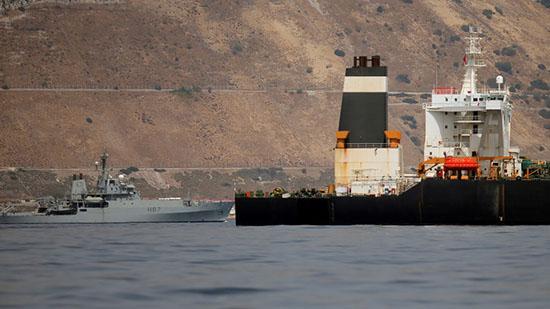 Numerous countries may have declined the US invitation to patrol the Strait of Hormuz to ‘protect’ western ships from Iran, but the UK has once again come through for the ‘special relationship,’ delighting the top US diplomat.

US Secretary of State Mike Pompeo looked particularly pleased after meeting his newly minted UK counterpart Dominic Raab in Washington on Wednesday, due to London’s decision to “assist in the protection of freedom of navigation in the Straits of Hormuz.”

“You’ve got centuries of maritime expertise under your belt, so you understand the importance of protecting international shipping from unprovoked attacks,” Pompeo told Raab during their brief press conference at the State Department, calling the UK move a “victory for meaningful, effective multilateralism.”

Washington has been pushing for an international naval armada that would patrol the crucial shipping lane for months, first attempting to blame Iran for suspicious attacks on four tanker ships in June. The attempt fizzled after the tankers’ owners expressed skepticism about the US version of events, however.

And then London got involved. On July 4, UK authorities in Gibraltar impounded a tanker they said was illegally transporting Iranian oil to Syria. Iran retaliated by seizing a British-flagged tanker in the Persian Gulf two weeks later.

Raab’s predecessor Jeremy Hunt tried to use this as a pretext for an EU-led “maritime effort,” but that initiative went nowhere. That left London with the US-run ‘Operation Sentinel,’ which is still largely on the drawing board.

While Britain did have a globe-spanning naval empire in the Age of Sail, and the largest navy in the world during the Age of Coal a century ago, the Royal Navy has dwindled to a mere baker’s dozen of frigates and six destroyers, not all of them operational. Its flagship, the carrier HMS Queen Elizabeth, has no air wing yet and may end up getting “loaned” to the Americans.

The Trump administration unilaterally tore up the Iran nuclear deal in May 2018, and has been imposing new sanctions and restrictions on Tehran ever since, going so far as to threaten the rest of the world into complying. Britain, France, Germany, Russia and China also signed the agreement in 2015, and have not withdrawn from it yet.