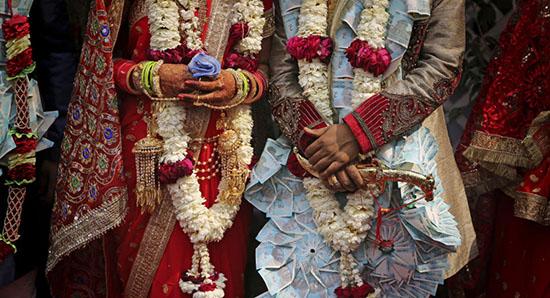 “Muslim party workers should rejoice in the new provisions. They can now marry the white-skinned women of Kashmir,” Saini declared.

“Earlier, there was lot of atrocities on women. If a woman from Kashmir got married to a man from Uttar Pradesh, her citizenship would be revoked. There was different citizenship for India and Kashmir,” he added in a video clip which was widely circulated on social media.

Saini made the remark while addressing a gathering to celebrate the Jammu and Kashmir Reorganisation Bill at a function in Uttar Pradesh’s Muzaffarnagar district.

The remarks were widely perceived as being in bad taste even among those who applauded the government’s decision to divide Jammu and Kashmir state into two federally administered entities.

The lawmaker was widely criticised for his remarks, with Bollywood actress Richa Chadha and Writer Zainab Sikander showing their disapproval. Others called his speech “sexist” and “racist”.

Nationalists: Win over Kashmiris.
Show them you care!

BJP MLA VikramSaini: 𝗢.𝗞.
“..party workers are very excited there(Kashmir),those who are bachelor get them married thr I don’t have any problem..
…I’m saying this to all Muslim-Hindu boys, go marry with WHITE GIRLS now…” pic.twitter.com/cOw1rnRi3M

Racist, sexist, sexually deprived dinosaurs are not extinct, but flourishing! Why are most of our leaders men that you wouldn’t even want to invite home for chai ? Cringe. Is liye jaana tha Kashmir? Shaadi to legal hi thi … ? https://t.co/oSlFl8ACv6pic.twitter.com/e3pRjDFh1j

Shame #vikramsaini In one stroke Vikram undid the historical law passed by @AmitShah Saini needs to be thrown out. He is a blot on @BJP4India “Now Marry Fair Kashmiri Women”: BJP Lawmaker’s Article 370 Shocker:https://t.co/CHGUNGcAAe

This is exactly what’s wrong with us
Forget Kashmiris this is an insult to women and a gross misogynistic mindset at work
Shame on you Vikram Saini https://t.co/ZznfGl7IKe

Other social media users said the legislator’s speech was made largely in jest and not something that people should get too worked up over.

@TheQuint although it sounds patronizing, what is that so objectionable about his speech 🤔 I thought he is stating one dimension of national integration with possibility of marriage. I see it is not just for men, but work for both man and woman.

It is just on a lighter note, do not try to exaggerate things.