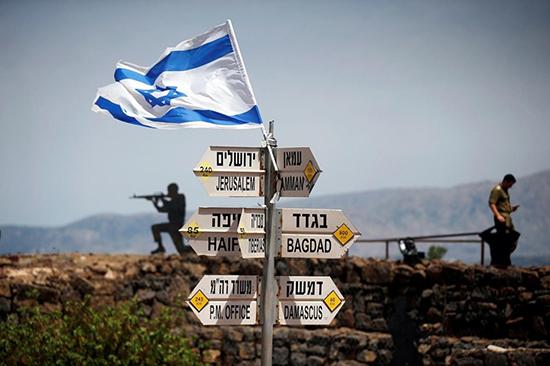 An Israeli soldier was found dead near a Jewish settlement in the occupied West Bank on Thursday. His body had multiple stab wounds, the army said.

“Today in the early morning hours, a soldier’s body was found with stabbing marks on it adjacent to a (Jewish) community north of Hebron,” an English-language army statement said.

The military’s statement did not give further details nor accuse any one in the stabbing but said that the soldier was a Jewish seminary student. Local media speculates it was a Palestinian attack.

Israeli Prime Minister Benjamin Netanyahu said security forces were “in pursuit now in order to capture the despicable terrorist and bring him to account.”

President Reuven Rivlin said Israel’s “prayers this morning are with the family of the murdered soldier and our hearts grieve for the life cut short …We fight terrorism without compromise to ensure the security of our people.”

The stabbing took place in the Palestinian city of Hebron in the south of Jerusalem. The soldier appeared to have been abducted before he was killed and his body left by the side of a road, according to Israeli media.

The young soldier’s family had reported him missing overnight.